Lecherous Actors, Dancers and anti-Sikh Elements being given VIP Treatment in Punjab and at Sikh Institutions and Functions 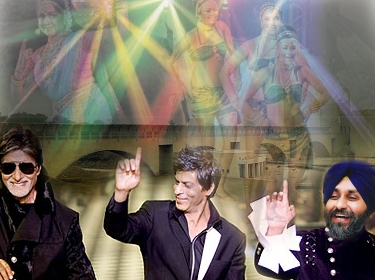 Nov. 21st 2011 - The Badal family along their cronies of the SGPC and Akali Dal (Badal), again, insulted the religious sentiments of the Sikh community with the announcement that it would invite various anti-Panthic individuals, Bollywood actors and actresses to the upcoming opening of the Khalsa Heritage Project dubbed as "Viraasat-e-Khalsa" in Sri Anandpur Sahib this week.

The hastily organized opening ceremony is being billed as yet another cheap publicity stunt before the forthcoming state assembly elections. This is been seen as yet another item to series of blunders by the younger Badal Sukhbir, who has been at the helm various publicity fiascos across Punjab, including the opening ceremonies for the controversial Kabaddi competition in which semi-clad women danced with Bollywood actors to the public cost of three crore Indian rupees.

Pseudo-Nirankari singer "Miss Pooja" who belongs the heretic "Nakali Nirankari" cult that murdered 13 innocent Sikhs in April of 1978, and 10 more Sikhs in September of the same year. According to the edict issued by Sri Akal Takht Sahib against the Pseudo-Nirankaris, no Sikh is allowed to associate or intermingle with followers of this sect.

Interestingly, Parkash Badal was also the chief minister of Punjab during that time, and provide safe-haven for the murderous cultists

LECHERS AND SCOUNDRELS: Raunchy entertainers being promoted by the Badal Family

Panthic organizations chided Akali Dal Badal and the Takht Jathedars for their silence on this matter. According the press release by the Badal Government :

According to eyewitnesses, one of he invited "VIPs", Indian movie actor, Amitabh Bachan, is guilty of rousing the blood thirsty mobs of Hindu zealots during the government sponsored November 1984 pogroms in which thousands of innocent men, women, and children were killed, lynched, and raped.

There is currently a criminal complaint pending against Bachchan in Australia that was filed by Sikhs for Justice (SFJ) , a US-based human rights organization. According to the complaint, Bachan has been charged for giving murderous calls of Blood for Blood on October 31, 1984 after which widespread, systematic and organized attacks were unleashed against innocent Sikhs throughout India.

Amusingly, the Badal installed Jathedar of Sri Akal Takht Sahib, Giani Gurbachan Singh, expressed his dissatisfaction of the "VIP" guest list concocted by the Badals, but is unwilling to take any action or interfere out of fear of offending the Badals and possibility losing his position as a "Jathedar". 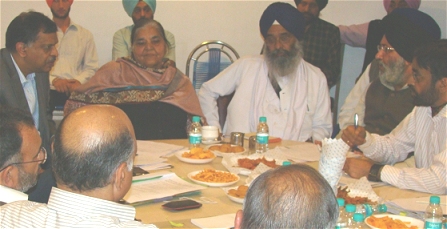