Anti-Panthic heretics, including so-called missionaries, Kala-Afghanis, and their ex-communicated Spokesman and Darshan Mallee (ਦਰਸ਼ਨ ਮੱਲੀਏ) cohorts have routinely been parroting a myth that certain parts of Sri Dasam Granth were off-limits to Sikh women, or could not be read in public.

Bibi Kamaljit Kaur, the daughter of well known Kirtani Bhai Jasbir Singh Ji Ghorrayvah, had recently recited verses from Chandi-di-Vaar, Sri Charitro-Pakhyian, and vaars of Bhai Gurdas Singh Ji at the 2010 Akhand Kirtan Smagam in Indore. Some of those verses were then professionally re-recored by a commercial studio. 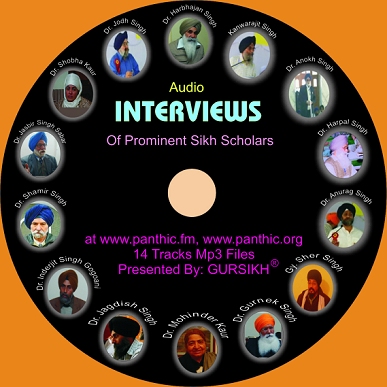 It should be noted that Sri Dasam Bani CDs from that Kirtan along with the scholar interviews (which includes interviews with two female scholars) were also released by Chardhi Kala Time TV directors, Bhai Jagjit Singh Dardi, Bhai Hapreet Singh Dardi and the Shahbaaz Khalsa-GURSIKH organization. Thousands of copies of the above were handed out to the sangat in recent weeks. 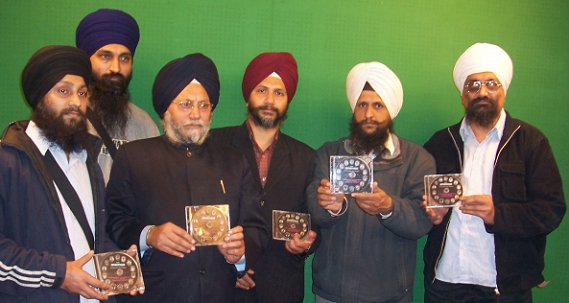 The Sangat's enthusiasm for Sri Dasam Patshah’s Rachna was evidenced at the literature and media stall setup by the Shahbaaz Khalsa sewadars at the Holla Mohalla celebrations in Nanded, where VCDs, CDs and books on Sri Dasam Granth Sahib were in high demand.

Despite the ongoing attacks on Sri Dasam Bani by self-styled missionaries and other heretics, the noble effort by Panthic organizations and media outlets must commended for bringing Sri Dasam Patshah’s Bani back in to the mainstream media.