He was a true saint who tirelessly spread the message of Gurmat through Gurbani katha and santhiya. He was estimable for adamantly keeping his distance from politicians and grandstanders during his 51 years of service at Gurdwara Akhand Parkash Sahib, the headquarters of the Samperdai.

Giani Mohan Singh Ji was born on March 26th, 1919 (Chet 13, Bikrami 1976) at a village in Sargodha, East Punjab (now in Pakistan) to Sardar Hari Singh Ji and Mata Dharam Kaur Ji. While Giani ji’s ancestral village is Simbli is Nawanshahr, Punjab, his family lived in Sargodha during his early years. Giani Ji’s parents were puran Gursikhs who taught him Gurbani, Sikh living, and Nitnem at a young age.

Still very young, Giani Ji experienced a great loss in his family. While he was still in primary school, his father unexpectedly passed away. Just a couple of years later, while he was enrolled into the prestigious King George’s Royal Indian Military School in Jalandhar, his mother and elder brother passed away as well.

During some time-off from the military academy Giani Ji met Bhai Ishar Singh, a Naam-Abhyaasi Singh at his native village and decided to leave worldly education and follow the divine path of Sikhi full-time and decide to become an Amritdhari Sikh. 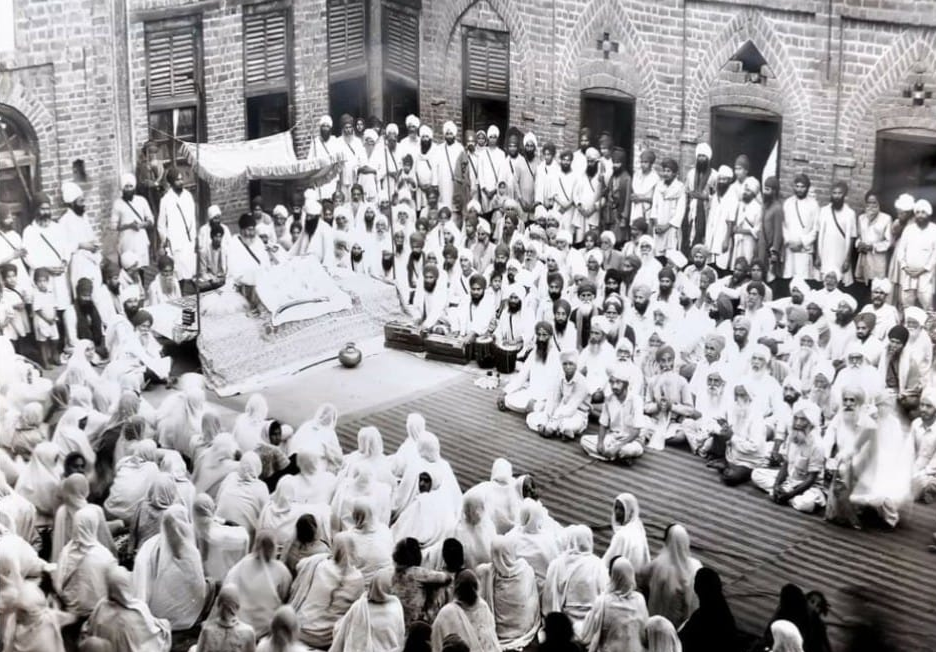 In 1944 Giani ji began the study of Vedant, Nyay-Pingal, and Vedic scriptures from various Gianis in Amritsar. He also received training in gatka and shastar vidya from Sant Daleep Singh of Amritsar during his stay there.

After partaking religious education, Giani Ji’s yearning for immersing into the Divine reached a pinnacle as he spent several years doing Naam-Abhyaas in solitude at various locations across Ropar, the adjoining hills near Sri Paonta Sahib, and then at Sri Hazur Sahib, Nanded and Gurdwara Mata Sahib Devan Ji on the banks Godavri river.

In the 1950s after partaking in immense bhagtee, and imbued with the blessings of Naam, Giani Ji returned to Bhinder-Kalan to partake in seva and parchar for two decades under the guidance of Giani Gurbachan Singh Ji Bhinderanwale and his Jatha.

Furthermore he would lead the organization for another 50 years and continue the parchar of Sikhi his predecessors had entrusted to him. 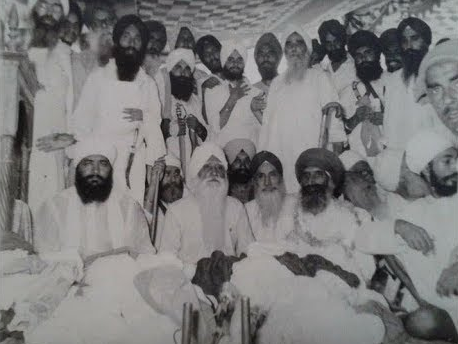 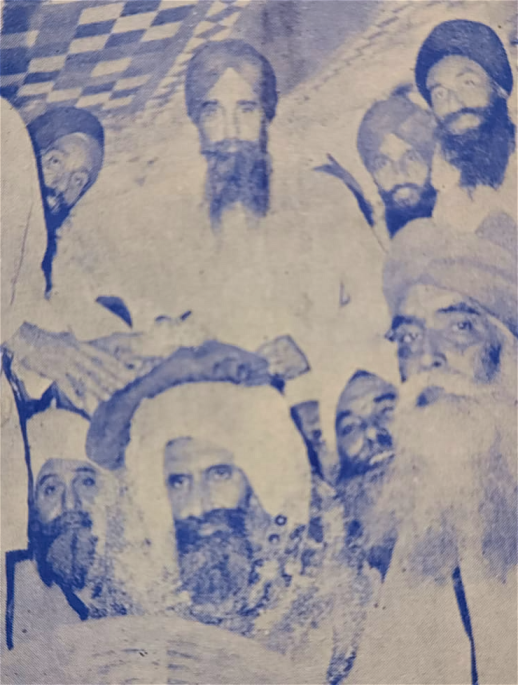 Around the same time Sant Giani Kartar Singh Ji was also declared to be the head of the Bhindranwale Samperdai in parallel from Mehta Chowk, Amritsar and bestowed Dastars and Siropaos from various Panthic organizations and personalities. The Mehta Chowk organization, later headed by Sant Jarnail Singh Ji Khalsa Bhindranwale, refers to itself as “Damdami Taksal (Jatha Bhindran Mehta).”

Throughout his life Giani Mohan Singh Ji had mostly stayed away from the public limelight and spent most of his time doing bhajan-bandagee and parchar behind the scenes. He was not comfortable in promoting himself or his sampardai, and despised intermingling with politicians. This set him apart from most other parcharaks and babas.

Giani Ji would never personally meet or receive politicians and local leaders during their visits to Gurdwara Akhand Prakash. He routinely preached to the congregation to only follow Sri Guru Granth Sahib Ji only and not any personality or leader. In order to avoid attention, Giani Ji would keep himself at a distance from the crowds and instead concentrate on Naam simran and Gurbani abhyaas in solitude and rarely mingled in public. 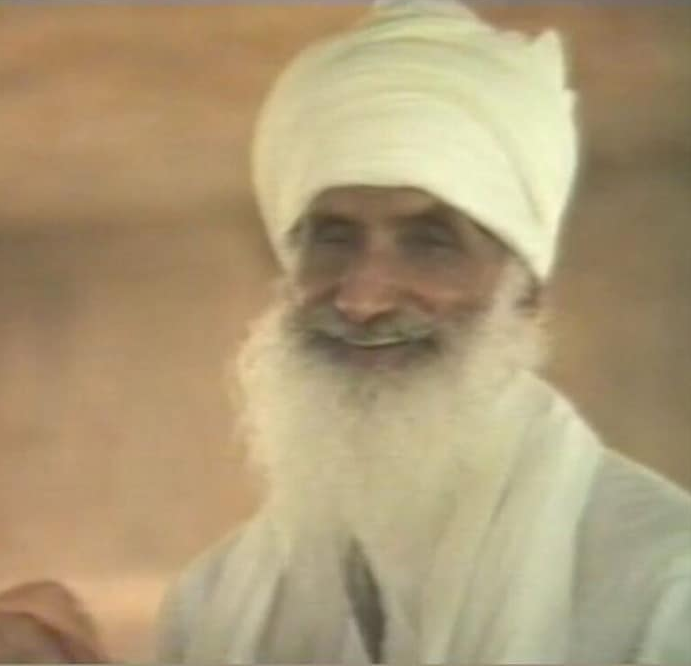 Several years ago, Akali Dal supremo Parkash S. Badal, the former Chief Minister of Punjab, came to meet Giani Ji at Gurdwara Akhand Prakash and seek his blessings. Giani Ji politely declined to meet Badal and instead instructed sevadars to tell him that he should seek blessings from Sri Guru Granth Sahib Ji and partake in langar during his visits here, and declined to greet and meet the former CM. The perplexed Badal waited for quite a bit of time only to find out that Giani Ji was unwilling to meet him or any other politician.

Humiliated and ignored the senior Badal, who normally had dozens of Babas across Punjab clamoring for his attention, never returned to Gurdwara Akhand Prakash again. Such was the character and determination of Giani Mohan Singh Ji.

Despite his reserved demeanor Giani was quite strict about the on goings at the Bhindran Jatha headquarters. Small talk or idle loitering by youth or the women folk was highly discouraged within the Gurdwara precincts - violators were simply asked to oblige and either recite Gurbani or Naam-Simran or leave the premises.

During his monthly Katha and Gurbani exegesis, he would routinely remind the sangat to follow Guru Granth Sahib Ji, remain steadfast to Rehit, and recite Gurbani, and reminded them that the Chardi-Kala of the Panth would only occur when Sikhs began to follow the teachings of Sri Guru Granth Sahib Ji in practice and spirit and not by superficial political efforts.

The Sikh Panth needs more GurSikh jewels like Giani Mohan Singh Ji Bhinder Kalan, whose humble manner and unique style of parchar affected thousands of lives across Punjab and beyond. Giani Ji never promoted his own personality or his organization as it is commonly done now days in many deras. His emphasis was always to link the congregation and sangat to Sri Guru Granth Sahib Ji and never to himself.

Thousands of mourners ranging from local sangat to Panthic organizations came to honor Giani Mohan Singh Ji and attended the antim saskar of his mortal body at Gurdwara Akhand Prakash where he had spent close to seven decades in service of the Khalsa Panth. 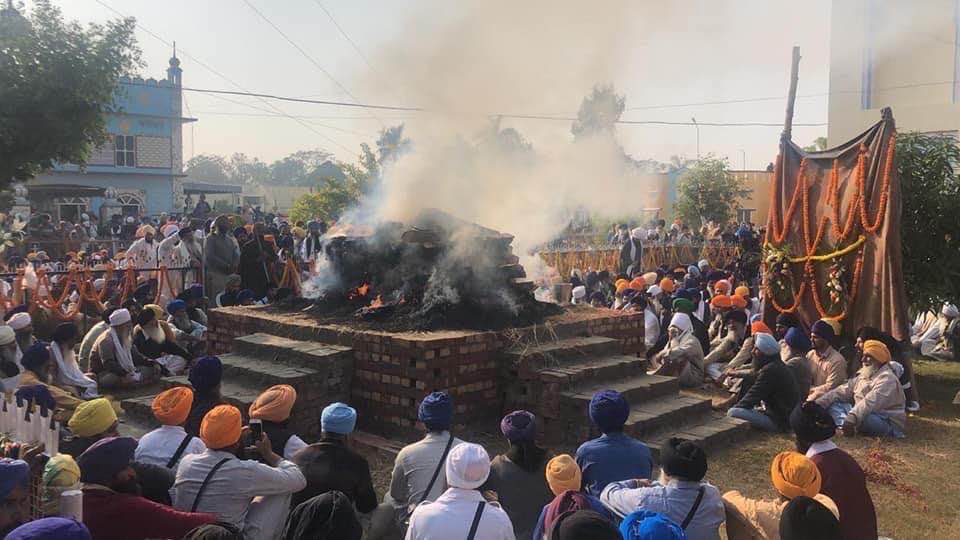