The Blessings of Guru Nanak’s House 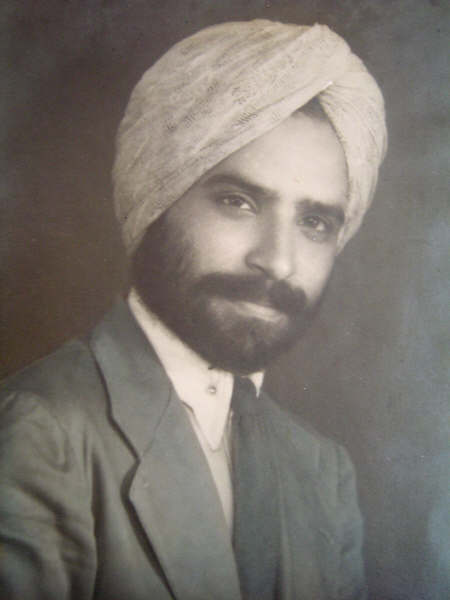 My late grand-father was not that seriously into Sikhi. I am going to narrate an incident which occurred in the 1960s in Delhi that changed my grandfather’s life and made him closer to Guru Ji.

My grandfather’s best friend was called Bhai Manohar Singh. Both of them worked together in the army in India. Bhai Manohar Singh had one daughter. She is described to have been very beautiful looking girl. Bhai Sahib’s daughter was a teacher in a school in Delhi.

One day Bhai Sahib’s daughter (Gurmeet Kaur) was arguing with another work colleague at school. The argument made Gurmeet Kaur angry. While shouting and arguing, she lost her eyesight. She couldn’t see anything as everything had gone black.

Bhai Manohar Singh was notified about his daughter. He took her to the doctors immediately. The doctor said, “I cannot do anything, I don’t know what caused it, nor do I know how to cure it. Sorry Sardar Ji.” Bhai Sahib took her to different hospitals. All the hospitals gave the same response, “Sorry Sardar Ji, we can’t help your daughter. Her eyesight seems permanently damaged by something which we cannot find out. We are sorry, but we cannot do anything now.”

Everyone had said “we can’t help you.” Where should they go?
Who should they ask for help?
Who will listen to the cries of despair? 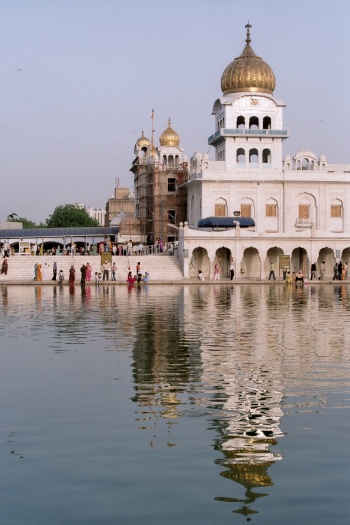 Years had passed. Now, both Manohar Singh and his daughter had got used to the thought of Gurmeet Kaur being permanently blind. Accepting Vaheguru’s Will, both father and daughter continued with serving the Guru through devoting their lives to doing seva at the Gurdwara.

One day, after having done seva, both Manohar Singh and his daughter went to the Guru’s Darbar to listen to Keertan, as they usually did. The Ragi Singhs were singing the shabad:

While this shabad was being sung by the Hazoori Raagi Jatha, Gurmeet Kaur experienced something strange. She used to sit next to her father in the Diwan Hall. She nudged her father and said, “Papa Ji, I can see Guru Nanak Sahib Ji infront of me.” Her father, with a tear in his eye, thought ‘O Waheguru, she is blind and now she is going mad now as well. Maharaj do Kirpaa on her, bless her.’

She now grabbed her father’s hand and said, “Papa Ji, I am scared. Mainoo Darr Lagdaa Hai!... I can see a Jyot (light) coming from Guru Nanak Sahib Ji’s hand and coming towards my forehead. I don’t know what to do!” Manohar Singh now believed that perhaps his daughter is not going mad and that there may be a chance that there is something really happening. He held her hand and said, “Beti, tell me what is happening.” “Papa Ji, the Jyot is getting closer and closer” she said. She then described that the Jyot had entered her forehead.

“Akkaa Kohl, Akkaa Kohl Beti… Open your eyes, open your eyes my child.” “No! I can’t. I am scared that if I open my eyes and I cant see that I will feel sad and let down” said Gurmeet Kaur. Manohar Singh convinced his daughter to open her eyes slowly. As she opened her eyes, everything was black. As she opened them slightly more, she could see a blur. Then we she opened them fully, she could see Dhan Sri Guru Granth Sahib Jee and the Guru Pyaree Saadh Sangat sitting the holy presence of Guru Sahib listening to the Shabad Kirtan.

“Paapa, I can see, I can see. Guru Nanak has given me back my vision, Guru Nanak has given me back my vision.” Manohar Singh stood up in the Sangat and starting make a commotion and shouted, “My daughter can see, my daughter can see!!”. A Sewadar came up to Bhai Manohar Singh and asked what is the commotion about. When the Sewadar heard what had happened, an Ardas was done to thank Waheguru and the whole Sangat was told what had happened at the end of the Diwaan.

That day Bhai Manohar Singh came to our family home and gave a box of laddoos to my Baba Ji. When he heard what had happened to Bhai Manohar Singh’s daughter he was inspired and realised that the greatness of Guru Nanak’s House. From that day on my grandfather gave up drinking sharab and eating meat and dedicated his life to Waheguru. He would recite Sukhmani Sahib da Paat, sing Shabad Keertan and do Sehaj-paats.

Be inspired and inspire others.