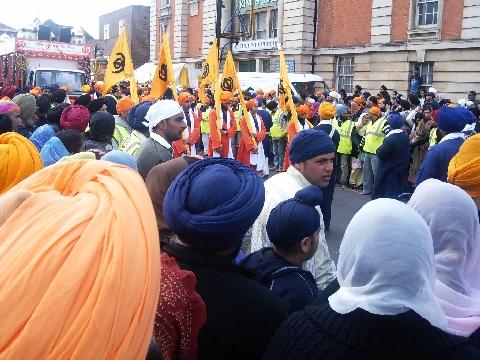 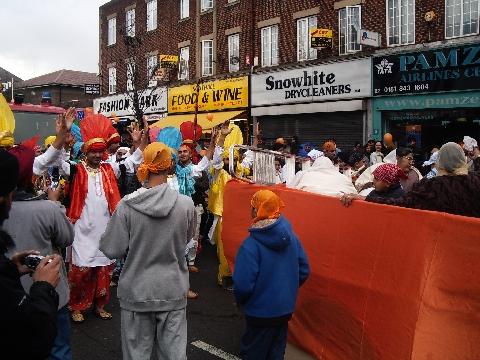 The Sangat’s message to the Nagar Kirtan organisers admonishing their lack of responsibility of ensuring the Nagar Kirtan is done in accordance to Gurmat done last year fell on deaf ears. Little or nothing had changed this year.

Bhangra dancers dressed in their costumes can be seen in the pictures dancing to the dhol (drum) and someone singing Boliyan. The boliyan were about caste, women and drunkeness, which nowadays comprise the themes of modern Punjabi song lyrics. The Bhangra dancers disrupted the the purpose of the Nagar Kirtan, and secondly they promoted Manmat at such a joyous occasion by singing lyrics about things which are condemned in Sikhi, and thirdly it gave encouragement and acceptance to the youth that it is okay to keep your head uncovered, dance to vile lyrics promoting alcohol and caste and show little or lack of respect to the singing of Shabads and Simran being done in the Nagar Kirtan.

When the Nagar Kirtan approached Green Drive going towards Park Avenue, Gursikhs noticed a group of clean-shaven men, some who didn’t even have the courtesy of covering their heads, dancing and jumping up and down to the beat of the Dhol. In between jumping up and down and dancing, they were shouting slogans of “Raj Karega Khalsa,” and “Khalistan Zindabad.” Gursikhs noted that one need to “become Khalsa” before shouting such slogans and that secondly, by dancing and jumping down and shouting Jaikaare at the same time, ridicules the seriousness of such Sikh slogans and violates the sanctity of the Nagar Kirtan and belitles the purpose and message behind such an event. Some wondered:" What does this demonstrate to the youth?"

More shameful was the behavior of a Nagar Kirtan sewadar from Sri Guru Singh Sabha Gurdwara, wearing a Sewadar jacket, who was dancing with the group of men rather than asking them to stop this disrespectful dancing and instead encouraging them to sing along Gurbani or at least show respect and solemnity to the rest of the Sangat who are singing Shabad Gurbani.

Eventually the group of men stopped doing Bhangra after Gursikhs tried to explain to them that this was not the time nor place to do Bhangra. Furthermore, members of the Sangat who were standing right behind the men dancing were annoyed that there Shabad Kirtan was being drowned out by the shouting, dhol playing and dancing of these men. Members of the Sangat also approached the men to stop. It seemed the group of young dhol players was fuelling these men to dance. So Gursikhs asked the dhol players to not play for a while, let the atmosphere calm down and restore to the intended peaceful atmosphere of singing Gurbani and doing Simran in Sangat roop. 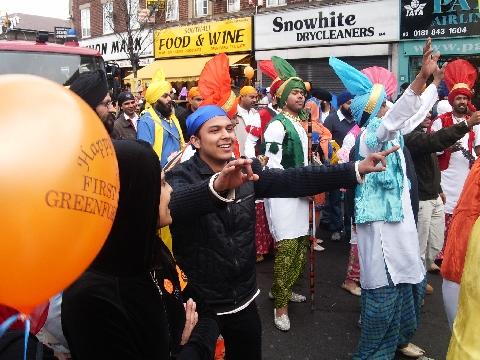 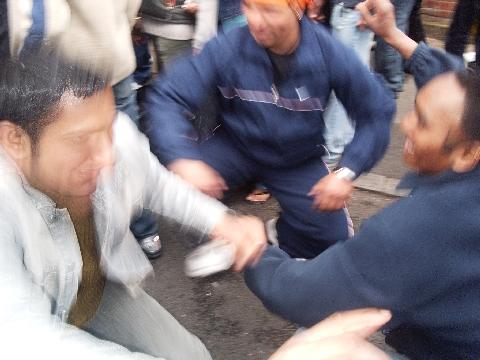