Never-Ending Saga of Torture, Murder, Deceit, and Imprisonment At The Hands Of the Punjab Police


Since the late 1970s, the people in the Sikh state of Punjab have suffered immensely at the hands of the Indian security forces. These forces have unleashed unparalleled state sponsored terror on the Sikhs of Punjab. Thousands Sikhs were eliminated in extra-judicial killings, fake encounters and others just simply made to ‘disappear’.

One man by the name of Jaswant Singh Khalra made it his duty to investigate these vicious atrocities committed by the Indian security forces. According to his investigation, in the Amritsar District alone, the Punjab Police cremated approximately 3,100 bodies, which they listed as being ‘unidentified’. Though he led the investigation of human rights abuses by the security forces, he also met the same fate at the hands of the Punjab Police. Another name in the long list of those made to ‘disappear’ by the Punjab Police is that of Shaheed Bhai Onkar Singh Ji ‘Pappu’. However, for his family the saga of pain and suffering has not ended
and the Punjab Police continues to pour salt on their unhealed wounds.

In the early 1990’s a fateful day arrived for Bhai Onkar Singh and his family when Bhai Onkar Singh was a student at Khalsa College in Amritsar. While standing at the gate of the college he was kidnapped by the Punjab Police. His family left no stone unturned in the desperate search for their one and only son. His father Daljeet Singh and his mother went to all the Police stations in the area hoping to find their son alive. All their efforts bore no fruit as they failed to locate their son Onkar Singh.

After exhausting all efforts to locate their son and nearly giving up hope of him being alive, a police officer by the name of Swaran Singh approached Bhai Onkar Singh’s family. He informed them that their son was alive and well. The family of Onkar Singh then proceeded to figure a way of getting their son released from police custody. Police officer Swaran Singh said that he could get this done for them and demanded money in return. At this point, the family of Bhai Onkar Singh was willing to pay any amount for the release and safe return of their one and only son. After handing over a large sum of money and repeatedly asking to see their son, Swaran Singh told the family that their son had been relocated to Bombay, released from jail, and given a job as a bodyguard to a police official in that area. The family was overjoyed to know their son was no longer a prisoner of the security forces yet was still sad, as they wanted to meet their son. The father, Daljeet Singh and his family made repeated request to police officer Swaran Singh to meet their son, but their requests were denied as he said that Onkar Singh could not leave this post as guard of the police official. The family became somewhat content that at least their son was alive and well even if they could not meet him.

Swaran Singh came again to the family’s home and informed them that their son had married a local girl in Bombay. Bhai Onkar Singh’s family became very cheerful in hearing this news. They again begged the police official to allow their son to come home for a visit but Swaran Singh again denied this request, but he did say that it was ok for them to send monetary support for their son. The family happily accepted this and they began sending money frequently to their son through the police official Swaran Singh.

More news was brought to the family by Swaran Singh. This time it was that their son was now a father and their daughter in law had given birth to a baby boy. Bhai Onkar Singh family was filled with happiness to hear of this wonderful event. They sent more money through the police official and said that if they cannot meet their son at least they should be able to see their daughter-in-law and grandson. After much pleading, Swaran Singh accepted their request. A couple of days later Swaran Singh along with a woman (Onkar Singhs presumed wife) and a baby boy (presumed son) came to the village home. Onkar Singhs family was very excited to meet them and asked them to spend the night as they were family and had met for the first time. After much persuasion, they finally agreed while the police officer Swaran Singh left. In the morning during bath time it was noticed that the baby boy was not actually a male but instead a female. The family became suspicious as they were told that their son Onkar Singh had a baby boy. The family raised this issue with their daughter in law and she immediately took the child and fled the home, the family in the meantime began raising the alarm. It had become quite clear that this was all fraudulent money making scheme being played by police officer Swaran Singh and associates to extract money from them.

Bhai Onkar Singh’s family proceeded to file a case against the police officer. Consequently, the police officer was removed from his job due to the case against him. The family decided to also have the fake wife arrested for her part in this fraud. Bhai Onkar Singh’s friend Jagdeep Singh, father Daljeet Singh, brother in law Harpreet Singh and sister decided to ask the woman to come to Gurdwara Shaheedan in Amritsar. When woman (fake wife) arrived, the family members called the police and told them to arrest this woman while narrated the event that had taken place. The police momentarily arrested the girl but released here soon afterwards. Adding insult to injury the woman along with Swaran Singh filed a case against the family by leveling false charges and saying that they physically assaulted the women when she arrived at the Gurdwara. The case by Onkar Singh’s family and the case by ex-police official Swaran Singh were filed in the year of 1996.

Bhai Onkar Singh’s family would now be obligated to attend the court appearance for the case they filed and the one file by the police official and woman. This constant attending of court appearances started to take its toll on the family. Not only had they lost their one and only son but they were fraudulently deceived, their emotions hurt by Swaran Singh, their hard-earned money lost, and to make it worse a false case was filed against them. They were advised by family and friends to come to an out-of-court agreement with Swaran Singh. Both parties agreed and the conditions were that the family would drop all charges against Swaran Singh and he would drop all charges against them. However, being the clever cheat that he is Swaran Singh went back on his work by not dropping the case against the family. Sadly, the family had fallen for his trick and had already dropped all charges. Swaran Singh then went to the police and showed proof that there were no longer any charges against him, and therefore, he got his job back, was paid four years of back pay, and received a promotion. 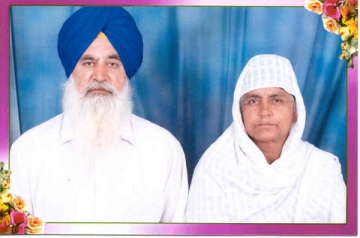 Once again, ‘justice’ has been delivered ‘India style’ for Sikhs, particularly for the family of Shaheed Bhai Onkar Singh. Not only was their son kidnapped by the police and made to ‘disappear’, false hopes were given to the family by the police that their son was alive. Money was fraudulently taken from them and when they tried legal means of obtaining justice, they were instead thrown in prison. The Indian justice system and the security forces have not just stopped with the killing and torturing of Sikhs but continue to put salt on the wounds that had not even yet begun to heal.

Meanwhile, human rights organizations are being urged to pressure the Indian authorities to undo the damage being inflicted upon this Sikh family by India's justice system and the police forces. 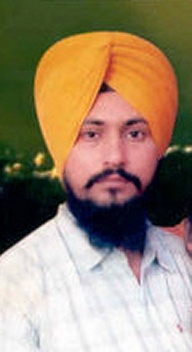