New Delhi (KP) - Sikh organizations, the local Sangat along with officials from the Delhi Sikh Gurdwara Management Committee (DSGMC) , organized an impressive rally in protest to Rozana Spokesman's venomous attacks on the Sikh Maryada and tenants, and on the respect of Guru Granth Sahib Ji.

The rally, held in the outskirts of Gurdwara Rakabganj Sahib complex, lasted well into the night with Sangat members distributing pamphlets and literature published by Shahbaaz Khalsa, GURISKH, and Panthic.org. Several large banners were displayed around the complex highlighting the Spokesman issue to the Sangat.

Panthic organizations have asked the DSGMC to stop publishing advertisements and tenders in the Anti-Sikh tabloid. One Committee member, Bhai Inderjit Singh Monty has promised to pressure the DSGMC to not align themselves with Joginder Sawney's publication and utilize their publication for officials tenders and advertisements.

Bhai Inderjit Singh also commented that the Spokesman had recently misquoted him on the issue of Hari Ratan Yukta, and that he stood with other Pantic organizations in regards to the Spokesman misparchar.

Images of the Protest Rally : 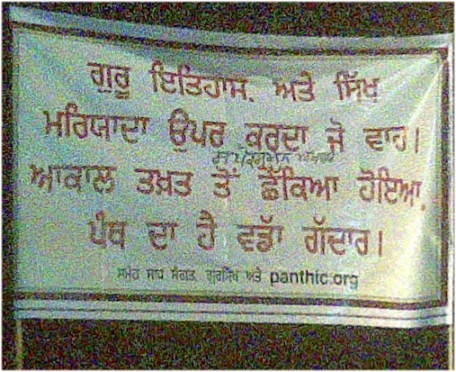 Banners placed by the Delhi Sangat at anti-Spokesman Protest Rally 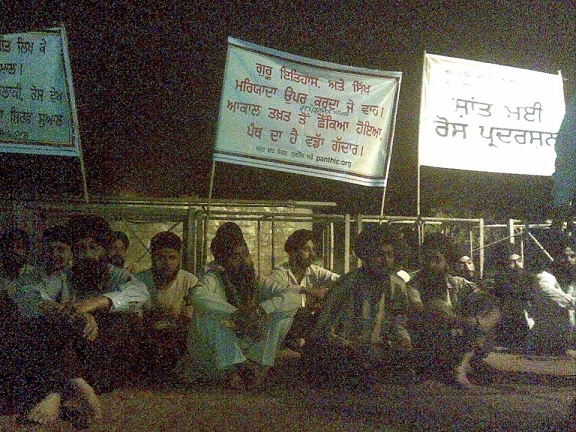 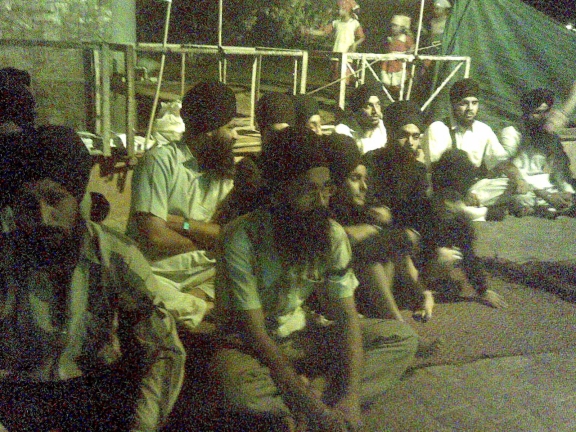 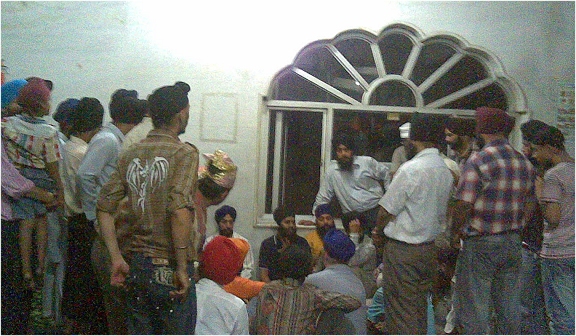 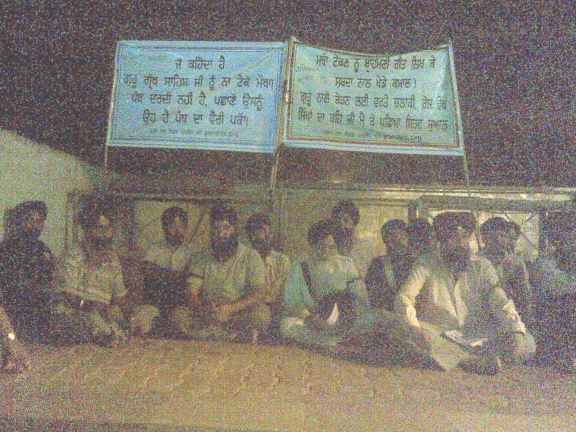