In the past year or so a website has emerged called “Project Naad” (www.projectnaad.com). This website claims to be a charitable organization which is committed to “producing high quality freely distributable content for propagating the Sikh way of life.” Project Naad states that the content of their website is intended for university students, Gurdwaras and Interfaith work. The same group are very much linked or part of the Sikh Student Camp since 2007. 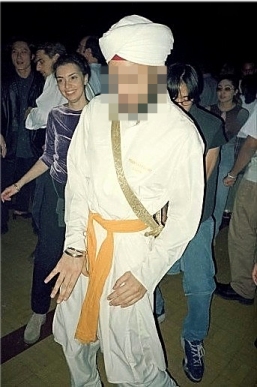 "Whether a person chooses to date or not, is up to the individual. The important thing is the intention behind a relationship. Is the intention love or lust?"
(Project Naad “Common Misconceptions By Baptised Sikhs” Leaflet)

“2. Is it okay for young Sikhs to have girl friends/ boy friends? Give reasons for why / why not?
-- This issue is often blown well out of proportion. Of course, it is acceptable for a Sikh to have a girl/boy friend. However, the relationship should not be sexual.”
(Project Naad “Workshop Worksheet 10 - Answers” on “Marriage and Relationships”)

Friendship with the opposite sex is not prohibited. However, to go beyond the lines of innocent friendship would be contrary to Gurmat.

There is no if or but about dating or seeing the opposite gender in any other light other than one’s own sister or brother. Intimate relationships at any level are harmful – whether it is physical intimacy or emotional one.

“3. If you do have a girl friend/ boy friend what is acceptable behaviour e.g. going out together, kissing, hugging etc.

-- Sex before marriage is the only thing which is not allowed. Doing anything you would do with your friends of the same sex is acceptable like going to a restaurant, cinema, bowling, swimming, town etc.”
(Project Naad “Workshop Worksheet 10 - Answers” on “Marriage and Relationships”)

“12. What do you think about the Indian Love Manual?
-- This is an excellent manual to the sexual arts which lead to heightened levels of consciousness when used by two spiritual beings with the correct consciousness.”
(Project Naad “Workshop Worksheet 10 - Answers” on “Marriage and Relationships”)

(Note: The Guru's instructions also apply to females and who would consider another person's son as their own son and another man as their father etc)

Intimate relationships at any level are harmful – whether it is physical intimacy or emotional one. Intimacy on any level (physical or emotional) should be restricted to one's husband or wife, who are one's committed life partners. If you send texts, emails or chat to someone on MSN or over the phone and you feel embarrassed and ashamed if someone else reads the text, email or heard the conversation, then that tells you that you shouldn't be doing it. One should remember that God is always watching us and therefore live in the fear & love of God.

When you form a friendship - be it a friendship with the same sex or a platonic one to a member of the opposite sex (or if you’re married think about the relationship that you have with your spouse). They usually have the same foundation which is you sharing something in common with that person which helps the relationship flourish. It could be having the same lame sense of humour, your passion of eating and burping together…whatever - its that ‘something in common’ which lets you form a close relationship.

So if the starting of all three relationships is the same what stops a platonic friendship turning into romance or lust? After all it’s based on the same ingredients – you’ll grow to admire, depend and trust each other – something you would also hope to share with your prospective partner. It’s so easy for it to turn into romance that it’s best not to dwell on it in the first place. “One ounce of prevention is better than a pound’s cure.”

"O sexual desire, you lead the mortals to hell; you make them wander in reincarnation through countless species. You cheat the consciousness, and pervade the three worlds. You destroy meditation, penance and virtue. But you give only shallow pleasure, while you make the mortals weak and unsteady; you pervade the high and the low. Your fear is dispelled in the Saadh Sangat, the Company of the Holy, O Nanak, through the Protection and Support of the Lord. ||46||"
(Ang 1358)

"Marriage in Sikhism is the merger of two souls into one. So in theory there would be no reason why a homosexual marriage would be prohibited in Sikhism. However as with all the other major 'faith' communities this is a topic of continuing debate."
(Project Naad “Sikhism & Sexuality” Leaflet)

There is no such thing as same sex marriages in the Sikh Gurdwara.
According to the Sikh Rehit Maryada, the Anand Karaj (Sikh marriage) can only be between a Sikh man and woman only. Sexual relationship can only be between the couple married under the Anand Karaj maryada. Denouncing the practice of same-sex marriages, Jathedar of Akal Takht, issued a directive with the seal of Sri Akaal Takht Sahib that prohibited any Gurdwara in the world to hold such ceremonies. Jathedar Giani Joginder Singh Vedanti described same sex marriages as an ‘anti-Gurmat’ trend that had no place in Sikhism.

Guru Sahib gave Sikhs Hukam (Order). Hukam and Rehit (discipline) put boundaries on our behaviour. We all need discipline in life. Some may say why we do you stop people from smoking, you do not believe they are equal to you? But reality is everyone is equal, but as a Gursikhs, we choose a 'Niraala Panth' (a Distinct Path). The 'Niraala panth' is defined by Rehit and Hukam.

Marriage is two souls merging into one. However even this union which is not based on Kaam (lust), but love, respect and within Gurmat, even that is also temporary. The true Union is between a person and Akaal - this is permanent. When one achieves that union, everything else is put into perspective and is incomparable. Even if a person is naturally homosexual, as one cannot become one, or a person is heterosexual and full of lust (Kaam) or not, and lives as a true disciple of Guru, all of them should search for this 'true union', because without it there is no way to quench their thirst. To obtain this union, one has to forsake all, and live in the discipline of Gurmat Rehit (discipline in accordance to the Guru's Way), and have a longing for the Darshan, Blessed Vision, of Waheguru.

Panthic Weekly urges the UK Sangat to be cautious of anti-Panthic and anti-Gurmat groups targeting the youth and wider Sangat through discreet Parchaar. Project Naad supports Snaatan view of Sikhi that is propagated and supported by UK Nangs (Neo-Nihang) and the RSS.

In addition to this, the same questionable website has shown open support and is part of the controversial UK Sikh Student Camp (Chigwell, England) that has faced many issues such as promoting watered down version of Sikhi, serious allegations of misconduct with campers, over-friendliness of camp sevadars with campers, and controversial anti-panthic individuals funding the camp. Project Naads statements and parchaar on sexuality and relationships has exposed its true face.