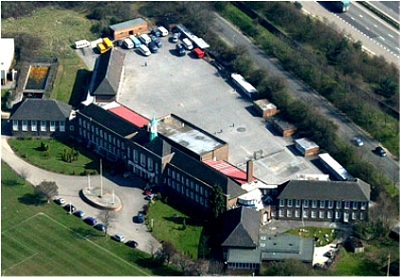 Chigwell, London (KP) - Last week it was brought to Panthic Weekly's attention that Guru Gobind Singh Khalsa College, Chigwell, London, is doing beadbi (violating the sanctity) of Sri Guru Granth Sahib Ji by showing gross neglect and lack of care in managing and maintaining the Gurdwara which is within the school. The same school hosts the controversial ‘Sikh Student Camp’ every year. The same camp has come under the thick criticism for wrong parchaar, lack of observance of Gurmat Maryada, and a lack of discipline on behalf of camp sewadars. It was claimed by members of the Sikh Sangat that “the Chigwell sikh school are unaware of what their role is towards Sri Guru Granth Sahib Ji.”

Concerned members of the Sikh community reported that no one cleans the Gurdwara within the school and it looks in a sorry state. One Sangat member described their findings as, "I couldn't believe what I saw. Sri Guru Granth Sahib Ji is kept in a small cupboard like room, which is really untidy and a sheer embarrassment. I also found Gutke Sahibs just laying around at the back.”

Another pupil of the school claimed that, “People swear in the Gurdwara. There is no discipline. They have no Amritdhari person to do Guru Mahraaj’s sewa. The tabla and vajas are kept on the side and many of them are broken. Also people pick out dry Parshaad themselves and there is no basic Maryada kept by pupils or enforced by the school staff. The children are told to wear hats in Darbar Sahib if they don’t like wearing rumaals.”

Gutka Sahibs kept in boxes stacked up together 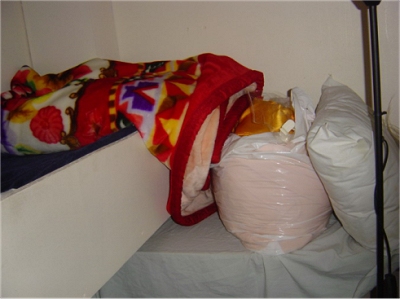 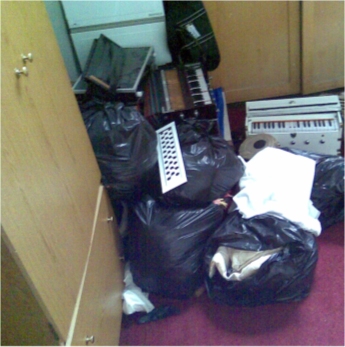 Vajas and Tablas dumped in a corner of Darbar Sahib next to Sri Guru Granth Sahib Ji, alongside bags of rubbish 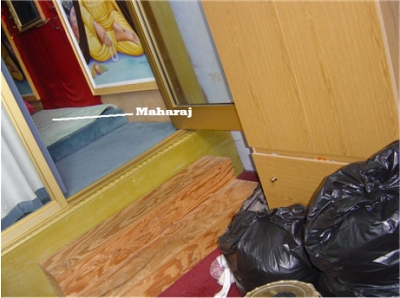 It is disheartening for the whole Sikh community to see the deterioration of our Gurdwaras. Anyone institution, Gurdwara, or school who has set up a Guru Darbaar, has the responsibility to maintain the Sikh Rehat Maryada. We are celebrating 300 years of Sri Guru Granth Sahib Ji being bestowed eternal guruship by Guru Gobind Singh Ji, yet sections of the Sikh community have still not learnt how to treat Sri Guru Granth Sahib Ji the utmost respect, reverence, and care. It seems beadbi has been taking place for a number of years while the school retains a name of a school based on ethics of the Sikh faith, but it does not function in adherence of the basic tenants. This comes with no surprise with the school being given to the ‘Sikh Student Camp’ to hold a yearly summer camp, which has been widely reported as having many problems it self.