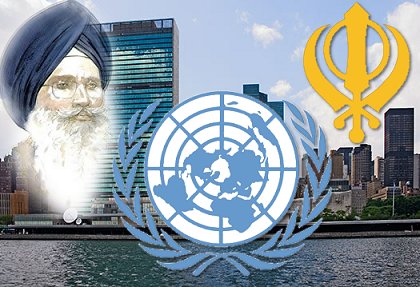 New York, NY - United Sikhs lawyers are filing on Monday 15th December 2008, the first cases against France since the law was passed in 2004 banning religious signs in schools, including the Sikh turban. The European Court of Human Rights (EctHR) last month dismissed a similar application by a French Sikh against France on grounds that even though the Sikh’s religious freedom had been violated by France, it was justified because the Turban is a security threat.

On December 13th: A Sikh Civil Rights Debate will be held along with the release of United Sikhs Global Civil Rights Report and a Lively Discussion by Sikh Leaders, Organizations, and Youth on Major Civil Rights Issues Faced by the Sikh Community World-wide.

On December 14th: United Sikhs will be presenting the French and Belgian turban cases to the Sikh sangat

On December 15th: United Sikhs Files Against France the Right To Turban (RTT) Cases Before the United Nations to Defend the Right to Education and Right to Dignity and Freedom of Religion also a Panel Discussion : Defending the Right to Faith, Belief, and Dignity in the Post 9/11 World

The Sikh community globally is very disturbed by the decision of the EctHR. The application before the UN Human Rights Committee is therefore critical to the Sikhs who regard the Turban as an integral part of their being. A Turban wearing Sikh never removes his Turban, as is evident from the most public Sikh person, Indian Prime Minister, Dr Manmohan Singh.

The media conference will be followed by a Panel Discussion titled ‘Defending Freedom of Faith, Belief and Dignity in a Post 9/11 World’. The panel will comprise Chip Pitts, the president of the Bill of Rights Defence committee and former chair of Amnesty International, and representatives from ACLU, Human Rights Watch, EEOC, United States Commission for International Religious Freedom (USCIRF),


Please note, Pathic.org is not responsible for the contents of the press releases published on this site.
Press releases are provided as a public service only.