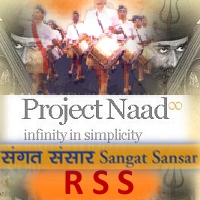 LONDON (KP)-- A UK Sikh youth group under the name of ‘Project Naad’ has been discovered to be supporting the Rashtriya Swayamsevak Sangh, a fundamentalist Hindu right-wing nationalist movement that has and plans to further distort Sikh history and religion and claims that Sikhs are Hindus. Worryingly, this group claims to be providing resources and materials to promote the Sikh religion to Sikh youth and non-Sikhs in colleges and universities. The same group is involved in the discredited ‘Sikh Student Camp’ (Chigwell, England), in which last year they were group leaders and also were invited to deliver a talk to naïve campers.

In July 2008, Panthic Weekly exposed Project Naad for supporting the Dera Sacha Sauda cult, who has mercilessly murdered innocent Sikhs, and for writing against the Sikhs who seek justice. Further to this, in September 2008, Panthic Weekly exposed some of the subtle anti-Gurmat propaganda contained within the Project Naad leaflets, articles and statements by them on Sikh forums. This week, Panthic Weekly exposes and highlights how this small group of UK youngsters in Sikh guise are aligned to anti-Sikh elements and promote their ideology via their website, internet forums, social-networking sites, university Sikh societies, and the Sikh Student Camp (Chigwell, England).


Promotion of anti-Sikh groups by Project Naad had already been raised as a concern by Sikhs on internet forums in the past. Project Naad members replied on these forums including our own, in support of Radha Soamis, Namdharis, Nakli Nirankaris, and Dera Jhoota Sauda. Now it appears that they are openly promoting the so-called Sanatan Sikhi ideology and RSS websites on their own website. 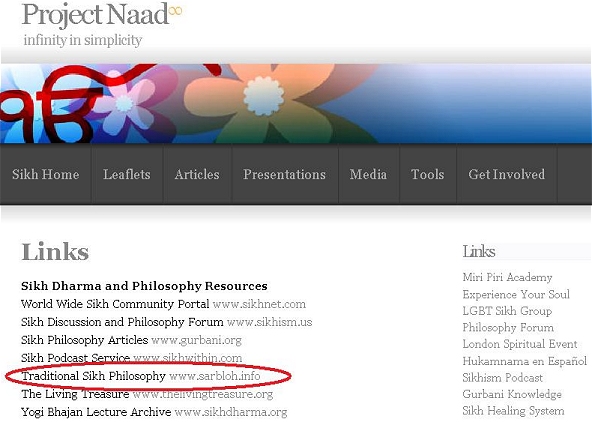 It is clear by now that Project Naad supports the widely discredited Sanatan view of Sikhi that is propagated and supported by UK Nangs (fake Neo-Nihangs) and the RSS. Panthic Weekly urges the UK Sangat to be cautious of this and other anti-Panthic and anti-Gurmat groups targeting the youth and wider Sangat through discreet Parchar on the Internet, universities, and particular camps.