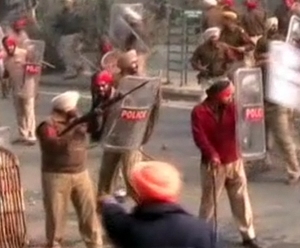 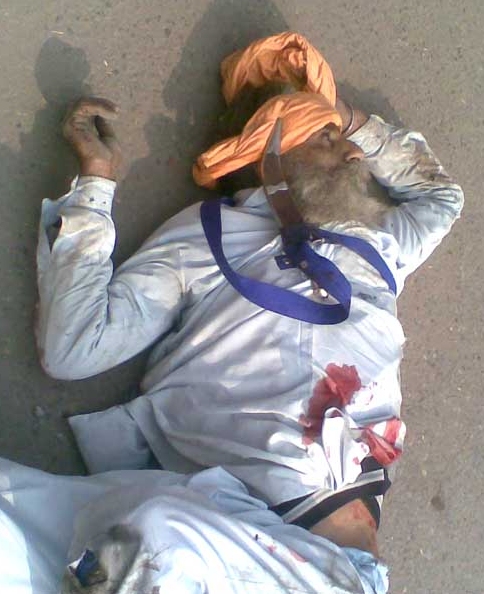 Ludhiana, Punjab - The Punjab police shot and killed a Sikh protesting a rally organized by supporters of Ashutosh Noormehlia of the Divya Jyoti Jagran Sansthan.

The police used tear gas and live ammunition on the protesting Sikhs, one person was reportedly killed and 12 others were injured by the indiscriminate police firing.

The government has allowed the heretic Noormehlia cult to organize a large scale rally in Ludhiana for December 5th and 6th, despite the ongoing protest by the Sikhs.

The police set up a barricaded check post at Samrala Chowk, about one kilometer from the dera rally, and fired upon the protesting Sikhs as they approached the check point.

Sikh organizations are vehemently against the Noormehal cult as they have hurt the Sikh sentiments and distorted Sikh religious scriptures. 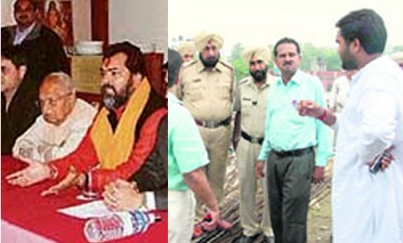 Panthic organizations state that Harish Bedi, the local BJP MLA leader, and his son Honey Bedi are directly responsible for organizing the cult rally with the blessings of the ruling Akali government. Both had been actively preparing for the event for several days.

Witnesses attest that Honey Bedi was present at the protest site, and shot a firearm in the direction of the protesters. The organizations have requested that along with cult leader Aushutosh, Parkash Badal, Harish Bedi and his son should to be held responsible for the bloodshed in Ludhiana.