Tytler, your Request has been REJECTED!

Mr. Tytler,
You recently wrote a letter to Panthic.org editors stating the following:

From: jagdish tytler [mailto:tytler.jagdish@gmail.com]
Sent: Saturday, October 31, 2009 7:03 AM
To: ; news@panthic.org
Subject: Report against tempering of photograph

Dear Editors,
I have an objection in the photograph that has been put up on your website after tempering. The word guilty has been put over the photograph. This photograph is cause trouble in my political and personal life. How is it possible to put the term someone guilty before the judgement of the court?

I hope you will put done the photograph and will do great favour to me. The photograph is located at
http://www.panthic.org/data/images/_Asia/Tytler_guilty.jpg

You can also contact me in case you need proofs of my non-involvement in 1984 riots.

In the past, you have escaped judgment from courts but sooner or later you will have to face the court of Dharam Raj and face the true verdict. Will you also ask the Divine Judge to erase Guilty from his book of deeds? You will not be able to bribe, threaten, or manipulate the true Court of Justice. Panthic.org believes in the same verdicts as the Divine Judge; you have not provided sufficient evidence in proving your innocence.

In your letter you stated “How is it possible to put the term someone [is] guilty before the judgment of the court” However, divine judgment was recorded the day you committed these crimes, and you can only clear these crimes through accepting and admitting the truth. It is a well known established fact that political party officials and police carefully orchestrated an anti-Sikh pogrom in November 1984. 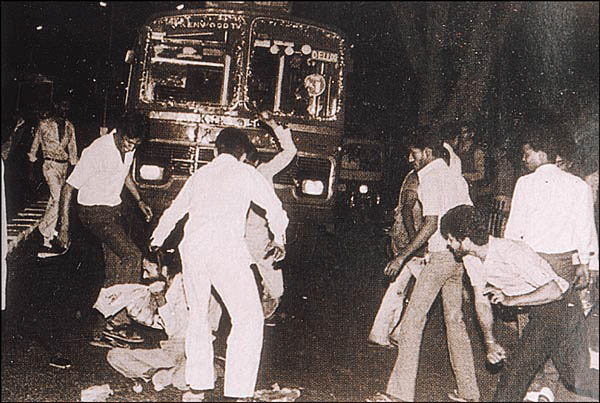 In October 1984 your gang the Congress (I) party had officials meet with one another to identify the residences and properties of Sikhs through government-issued voter lists. The people who voted for you and your party were then betrayed by you and your degenerate colleagues. You and your colleagues distributed weapons, kerosene and incendiary chemicals, which would provide the means for a hired mob to kill Sikhs and loot and burn their properties. You and your thuggish friends HKL Bhagat, and Sajjan Kumar, were given safe “Member of Parliament” seats for your diabolical schemes on the minority Sikhs.

Your degenerate friends have continued to promote you and your mass murderer friend Sajjan Kumar. This year you were given tickets for safe seats by the Congress party. It was only though the will of the people via protest that you were denied these seats. You continue to state that you will like to serve the people but the people have already demonstrated that they do not want to be served by cold blooded mass murderers.

In the state of Delhi the people protested against the nominated seat you were given, while in the state of Punjab several Sikh organizations, including the Shiromani Gurdwara Parbandhak Committee, All India Sikh Student Federation, Damdami Taksal, Sant Samaj, Dal Khalsa and others, held a total railways blockade at several places as a protest against your and Kumar’s nomination because there is sufficient evidence of your guilt.

During the Delhi Genocide inquiry, through its 185 pages long report the Nanavati Commission stated there was a high probability that you were responsible for directing the mobs to the homes of Sikhs in Delhi. This report lead to your dismissal of “Indian Union Minister of State for Overseas Indian Affairs” in August 2005. It wouldn’t make sense for a savage to deal with the civilized nations of the world. Why else were you dropped from the Indian delegation for the launch of the Commonwealth Games baton relay in London? The truth of the matter is no decent man of diplomacy in India or aboard wants anything to do with a savage mass murderer. For example, in regards to your visit to the UK, Rob Marris (MP and chair of the British parliament's all-party group) stated “Many survivors of those harrowing events are now living in the UK; as are the relatives of many victims. It would be unacceptable for someone who had committed such acts to be admitted to the UK, even to visit”. Furthermore, the honorable MP Harris objected to your planned Oct 29 entry to Britain in an emergency meeting with the Junior Foreign Office Minister responsible for India.

Through intimidation and bribery you have silenced witnesses and had the CBI close all cases in November 2007. Despite silencing many witnesses through intimidation you were unable to silence the U.S. based Jasbir Singh who personally saw you lead a mob during the Delhi genocide. On December 18 2007, Additional Chief Metropolitan Magistrate of Delhi court Mr. Sanjeev Jain reopened the cases against you as there was ample evidence indicating your role in the 1984 Massacre. The Chief Justice had earlier dismissed the case after CBI submitted a fabricated report on your behalf.

The Divine Darbar of Akal Purakh's Khalsa Panth which places faith in Democracy and functions on truth and justice does not submit to falsehood or intimidation nor will it submit to the whims and orders of cunning politicians. Foreign governments and the people of India have already strongly condemned your actions of the Delhi Genocide.

We will continue to expose such culprits and inform the general public. While the gruesome deeds committed over 25 years ago was hidden in the dark from the public view, it has only been through the collective efforts of the Panth to shed light on these hidden atrocities.

Human Rights organizations, Sikh institutions, along with Panthic.Org will continue to expose people who have and are plotting to attack the Sikh religion and its followers. Only a savage can carelessly sleep at night knowing he has the blood of thousands of people on his hands. 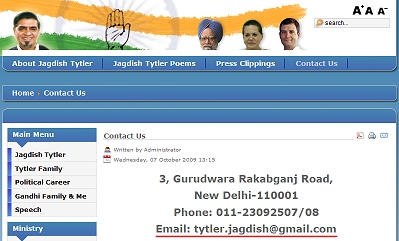