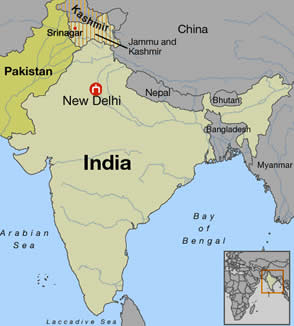 Srinagar - In occupied Kashmir, the Sikh community has demanded a fresh probe into the Chattisinghpura massacre in which 35 Sikhs were killed by Indian army agents, on March 20, 2000. The incident occurred when the then United States President, Bill Clinton was on a visit to India.

The Coordinator of All Parties Sikh Coordination Committee (APSCC), Jagmohan Singh Rainas addressing a condolence meet at the village urged the puppet administration to conduct fresh probe into the massacre, which took place during the intervening night of March 20-21 in 2000.

On the evening of March 20, 2000, 15 to 17 unidentified gunmen dressed in Indian army fatigues entered the village of Chattisinghpora, located in Islamabad district and ordered all of the Sikh men and boys to assemble at the village Gurdwara and systematically shot and killed 35 of them. Many others were injured in the attack. Five days after the incident, the police and the Army had claimed to have killed five persons involved in the killings at nearby Pathribal village, but it later turned out that the deceased were civilians and were killed in a fake encounter.

An inquiry into the incident was ordered after residents staged demonstrations and during one such demonstration, Indian police and CRPF opened fire killing eight protestors on April 3, 2000.

The Indian Central Bureau of Investigations (CBI) gave a clean chit to the police in the massacre case but filed chargesheets against five army officers. Later, the Supreme Court stayed till further orders the criminal trial against the five officers.