Sikh Gurdwaras in the West : Hubs for Dirty Politics and Turf Wars

NEW YORK (KP) - For centuries, Gurdwara Sahibs (literally - Gateway to the Guru) have been sanctuaries of divine peace and tranquility, and an abode of purity, humility and selflessness for Sikhs.

Yet the embarrassing events occurring at Gurdwara Sahib in western countries are evidence that these Sikh institutions are no longer ‘Gateways to our Guru’, but focal points and hubs for political and financial turf wars between non-religious Panjabi migrants.

The recent events in New York highlight just how politically charged these places of worship have become, and have become a major cause of embarrassment for the otherwise law abiding Sikh community.

Take for example the recent incident in the US, dozens of hooligans entered a New York Gurdwara and disrupted the kirtan diwan in the Baba Makhan Shah Lubana Gurdwara Sahib. A near riot occured, and many individuals were injured during the violent clash inside this Gurdwara located in New York's Queens area.

According to eye witnesses, a group of protestors stormed in the darbar hall and attacked their rivals with swords, mike stands and cricket bats.

Witnesses say that the attackers, armed with swords, were part of the old committee that was recently voted out of power. Is this the kind image Sikh want to send to the rest of the world? 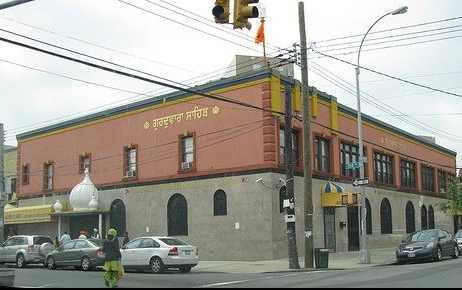 As long as Gurdwara Sahibs are controlled by ruffians, thugs and politicians, such problems will continue to persist. There is no doubt that most Gurdwara Sahib in the west are now becoming commercialized political and financial extensions for regional Sikh politicians and businessmen, and no longer serve as true beacons of Sikhi.