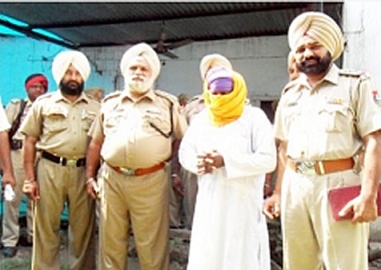 The aprehended suspect was identified as 'Tarsem' by Batala Police
Batala, Punjab (KP) - In the latest incident of sacrilege where angs from Sri Guru Granth Sahib Ji's Saroop were torn by some mischievous elements, the Batala Police announced that they had apprehended the culprit responsible for this beadbi.

The individual was identified as Tarsem, son of Surta Singh, a resident of village Behoja, District Gurdaspur, a village near the outskirts of the town of Mehta. The police stated that Tarsem was arrested on August 2nd of 2011, and was reportedly intoxicated when he committed the desecration. As is often the case in Punjab, Police statements are rarely verified or corroborated independently. 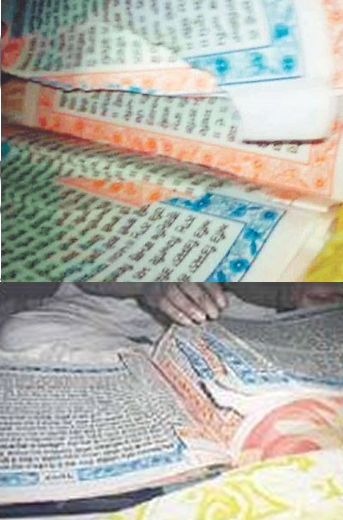 Initial reports stated that local sevadars from the village they discovered Guru Sahib Ji's Saroop was lying on the ground in the Gurdwara Sahib’s main hall, as if it had been intentionally thrown from the Manji Sahib. Upon close examination they found that more than a dozen angs from the Holy Saroop were torn, with a least one ang completely missing. 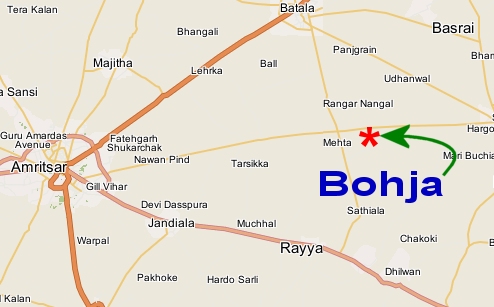 Sadly, this is the second incident of desecration within the last three weeks that has been publicly reported in Punjab. Earlier, on August 12th, culprits in the village of Udhampur Nallan desecrated two Saroops of Sri Guru Granth Sahib Ji by throwing them in a muddy well and pouring alcohol over the Holy Scriptures.

One culprit was reportedly arrested in connection to the Udhampur Nallan incident and currently under Police protection.

Panthic groups are questioning the continued silence and inaction by the ruling Akali Dal Badal government, the Shiromani Gurdwara Parbandhak Committee (SGPC) to prevent such sacrileges in Punjab's Gurdwaras.

While the Akalis and the SGPC politicans, along with thier newly found partners, the dubious charlatans of the Sant-Samaj seem too busy vying and buying votes for the upcoming SGPC elections, the issue of respect and reverence of Sri Guru Granth Sahib Ji will likely be overlooked and ignored by these 'Thekedars of the Panth' (self-styled Sikh leaders) unless they can gains political mileage out of by raking public emotion.