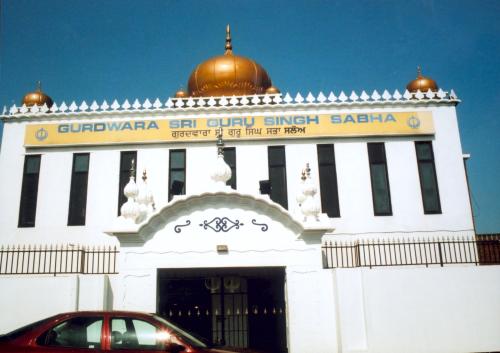 SLOUGH, UK - Sri Guru Singh Sabha Gurdwara, Slough, UK is the largest Gurudwara in Slough and consequently has the largest regular Sangat attending. However it is very sad to see that unlike the Gurdwara’s namesake, the Singh Sabha reform movement led by heroic members of the Sangat who cleansed India’s Gurdwarae of various ills and diseases, the serving committee seems to be the fighting a very different battle, whilst the general Sangat seem completely oblivious.

We have reason to believe that a ‘Sports and Cultural Centre’ currently being built by the committee will host parties and other such events where meat will be served, alcohol will be served, cigarettes will be smoked and lustful dancing will be promoted. No doubt there may also be events allowed which promote idol-worship; similar to the events that previously took place at the other Gurdwara in Slough; Ramgharia Gurdwara. The crucial question is this: Why build another expensive hall via the Sangat’s money when another one exists, also built with Sangat’s money, currently exists and moreover has facilities which are barely being used at the moment? 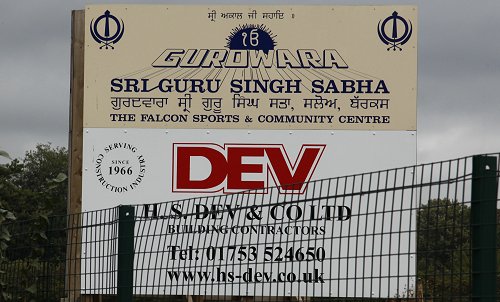 Needless to say the project which is scheduled to cost £3,000,000 is being funded via the Guru’s Golak. Apparently £1,500,000 has already been paid by the committee with the remaining £1,500,000 to be paid over the next 10-15 years; effectively leaving the Gurdwara in serious and expensive long-term debt. Fund-raising has already begun with Sangat being constantly implored to donate more and more money.

Recent discussions that have taken place amongst the committee are very worrying. These include arguments about whether Panj Piyarae should have laid the foundation stone – those who didn’t want this felt this may prohibit Manmat parties and events from taking place. Others didn’t seem perturbed by this and were of the view that despite the Panj Piayare having been involved this wouldn’t stop them from deciding to hold such events. To keep Sangat from attacking such plans some committee members are spreading false rumours that perhaps in future a new Gurdwara will be built upon the site. Whereas at one meeting it was passed that all parties would have to conform with Sikh Rehat Maryada i.e. no alcohol, meat etc. can be served, at another meeting that took place thereafter it was decided that the Sangat would be allowed to decide whether meat and alcohol should be prohibited or not. Allegedly, some committee members are stating that a separate committee should be formed to run the new centre which would effectively allow the Gurdwara committee to distance themselves from the things that take place there and in turn any implications which arise. 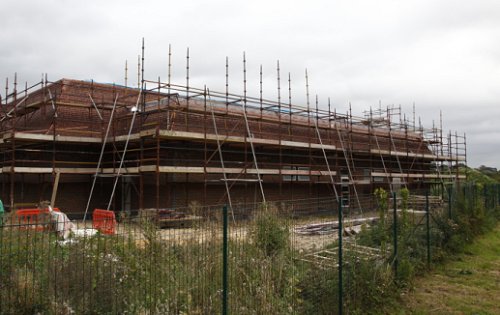 The Gurdwara Sahib, which is supposed to inspire, enlighten and lead the Sangat may soon be at the mercy of the Sangat as to what should be promoted, taught and followed. Furthermore the Gurdwara is proactively leading the Sangat down a dangerous path where the current and future generations will be implicitly taught that all these activities are compatible with Gurmat.

Such committees spend Guru Sahib’s money with no care – as it does not come from their own pockets and neither do they have any love-inspired fear or respect for Guru Sahib. They are more interested in having a ‘good time’ than carrying-out any useful activities that would develop, empower and lead our youth towards Guru Sahib. They care not for the fact that they are leading us, our children and all future generations towards a spiritual and physical death. The Gurdwara which represents ‘the gateway to the Guru’ will soon perhaps need to be renamed as it is in danger of becoming ‘the exit door from the Guru’.

The UK Satkaar Group has done some excellent work achieving positive results regarding other UK-based Gurdwarae that have committed similar actions, and are aware of the centre being built by the current committee in Slough. They are waiting to see what steps the Slough Sangat take once the centre opens, and hope it will promote activities and initiatives which benefit the local Sikh community. Time will tell but at the moment the future does not look too hopeful.

The committee will be holding the Annual General Meeting this weekend on Sunday 25th September and it is hoped that the local Sangat attends and stands united against what may soon take place. The committee should be questioned and probed as to what will take place once the centre opens, and should also be made to acknowledge their responsibilities in line with Gurmat. The local Sangat has a chance to rise-up like their ancestors, the heroic Gursikhs of yester-year, and finally start to once again take control of the Gurdwarae which are in danger of becoming diseased. If nothing is done, and no voices speak, we as the Sangat will ultimately be accountable.

(By a Gupt Sangat Member)