How the Akalis and the Sant-Samaj Stole the SGPC Election 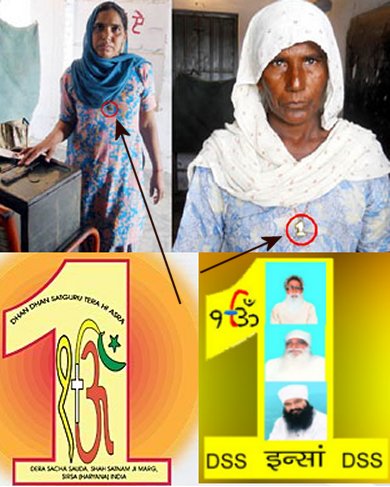 Amritsar Sahib, Punjab (KP) - Along with Hindus, Muslims, and other non-Sikhs casting their votes in the recent Shiromani Gurdwara Parbandhak Committee (SGPC) elections, it was observed that members of the notorious Sirsa based Sacha Sauda cult also openly interfered and participated in the SGPC polls which is open only to Sikhs.

This is a direct violation of various Hukamnamas issued from Sri Akal Takht Sahib against the Sirsa based Sacha Sauda cult that is responsible for the murder of several innocent Sikhs and for blasphemous acts against the Sikh faith.

The poll participation by Sauda cult was openly allowed and encouraged by the ruling authorities and was concentrated in southern districts of Mansa and Sangrur where the controversial cult holds public sway.

Ironically, the Jathedars of the Takhts who had issued the Hukamnamas against the cult in 2007 and had recently threatened to summon the Prime Minster of India over the Sahijdhari voting rights issue are suspiciously silent in regards to the entire controversy.

Despite the legal and Panthic restraints, thousands of non-Sikhs have openly cast their votes in the SGPC elections.

The All India Sikh Students Federation (AISSF) and other Sikh organizations have initiated formal complaints before the Punjab & Haryana High Court requesting the invalidation of the recent Shiromani Gurdwara Parbandhak Committee (SGPC) elections in which widespread fraud was openly observed. 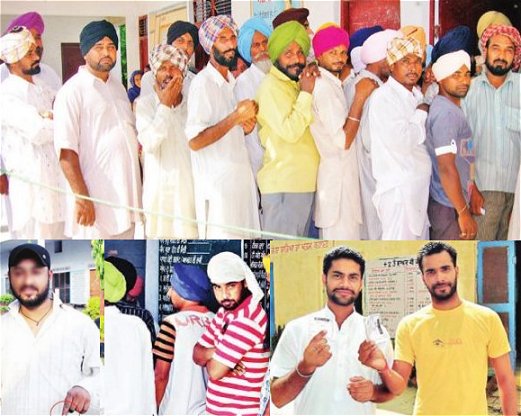 Non-Sikhs openly and proudly voted in the recent SGPC Elections
No actions was taken by the Authorities
The AISSF stated that the official voter lists for the SGPC election contains many non-Sikh last names, and that thousands of individuals with shorn, trimmed hair, and shaven faces were allowed to vote - a direct violation of the election law by the ruling Akal Dal Badal Government and the Sant-Samaj alliance.

Advocate Navkiran Singh, a noted human rights lawyer will be filing a public interest litigation (PIL) before the High Court on behalf of the AISSF.

In a press release, the AISSF stated that it has already presented the evidence and documentation of widespread fraud and voter rigging to Retired Justice HS Brar, Chief Commissioner of the Gurdwara Election Commission.

Although the Chief Commissioner has asked all local commissioners who oversaw the election process to investigate and submit a report immediately in regards to unlawful activities, video and photographic footage of booth capturing and non-Sikhs voting at the polls were widely televised in the media and readily available online.

Most independent observers predict little or no action will be taken by the Chief Commissioner of Elections, who himself is appointed by the ruling Akali Government, and therefore cannot carry out his inquiry in an independent capacity.

Both the Badal Akali Dal and the Sant-Samaj had stated just days before the election that they were against the right of 'Sahijdharis' to vote in SGPC elections. The election is over and it is clear who has benefitted from the votes casts by thousands of non-Sikhs, including Hindus, Muslims, and Sirsa cultists.

The Jathedars and the Sant Samaj seem to be playing a dangerous game with the sentiments of the Sikh community by illustrating that to them Sri Akal Takht Hukamnamas and laws are only to be obeyed if they are to their benefit only.

If this type of lopsided behavior continues, history will not judge them too kindly.