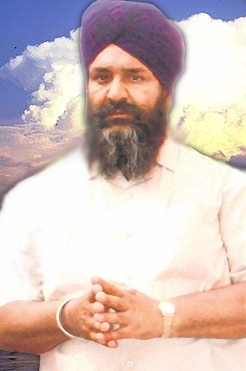 Bhai Balkar Singh was killed in 2008 by Sirsa cultists

Bombay, India – (KP) Lopsided Indian justice was delivered to the Sikhs again when more than a dozen cultists belonging to the Sacha Sauda Dera of Ram Rahim were acquitted for the 2008 cold blooded murder of Bhai Balkar Singh.

A fast track court in Sewree, presided by Judge N P Dalvi acquitted all the cultists, citing lack of evidence.

On June 20, 2008, cultist Ram Rahim, who is accused of multiple murders and rapes, was visiting a shopping mall in this north-eastern suburb of Bombay when several Sikh youths protested his presence. In response, his bodyguards fired more than 20 rounds of ammunition from their assault rifles into the crowd of Sikhs, resulting in the death of Bhai Balkar Singh of the Bir Khalsa organization and injuring dozens of others.

According to eyewitnesses the clut leader was immediately escorted out of the mall and fled the crime scene within one of the 50 vehicles in his entourage.

Video Footage of the 2008 Mulund Shooting

Two bodyguards of Ram Rahim, Jagdev and Gurudev Singh, were charged for firing at the Sikh protestors. The indiscriminate firing on unarmed Sikhs by the cultists resulted in the death of Bhai Balkar Singh and caused injuries to at least three other individuals.

Two other Sikhs, Bhai Kanwaljeet Singh and Bhai Harmandar Singh were also killed in Punjab by the Sauda Cultists, but no action has been taken against the guilty.