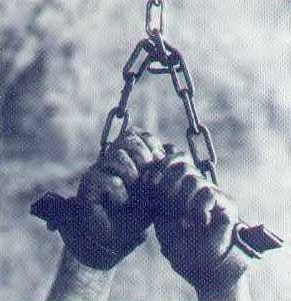 New Delhi - More than four people a day died while in the custody of the Indian authorities over the past 10 years, the Asian Center for Human Rights alleges in a new report on torture.

A large majority of these deaths are a direct consequence of torture in custody. These deaths reflect only a fraction of the problem with torture and custodial deaths in India as not all the cases of deaths in police and prison custody are reported to the NHRC. Further, the NHRC does not have jurisdiction over the armed forces and the NHRC also does not record statistics of torture not resulting into death.

“The failure of the Ministry of Home Affairs to introduce the Prevention of Torture Bill drafted by the Rajya Sabha Select Committee headed by Shri Ashwani Kumar, the current Minister of State for Planning, in December 2010 in the parliament session beginning on 22 November 2011 demonstrates India’s lack of political will to stamp out torture.” – asserted Mr Chakma, Director of Asian Centre for Human Rights.

"India is yet to realize the cost of not having anti-torture law in compliance with UN Convention Against Torture (UNCAT) that led to rejection extradition of Kim Davy, the prime accused in the Purulia arms drop case by the Danish High Court in June 2011; the direction of a British Court in July 2011 to depute a human rights expert to visit the
prisons in Gujarat to examine the prison conditions before it grants extradition of Mohammad Hanif Umerji Patel, alias Tiger Hanif, the alleged mastermind of the 1993 bomb blast in Surat; and cancellation of the extradition of Abul Salem by the Portuguese High Court in September 2011 on the ground that he was tortured in custody following extradition. That torture is non-derogable even in war and a crime against humanity is yet to be recognized by India.” –further asserted Mr Chakma.

TORTURE AND DEATHS IN POLICE CUSTODY: MAHARASHTRA TOPS THE CHART

Citing the case of Mohd Umar alias Badkau, accused of kidnapping and rape, who allegedly committed suicide inside Haldi Police Station in Bahraich district of Uttar Pradesh by hanging himself with a towel inside the lock-up on 21 March 2010, Asian Centre for Human Rights stated that the post mortem report found eight contusions on various parts and ligature mark around the neck and indicated that the cause of death was due to asphyxia as a result of ante mortem hanging. The magisterial enquiry report opined that deceased died due to police torture and held In-charge of the Police Station, Brij Kishore Yadav, Head Moherar Sanjay
Verma, Lock up Sentry, Constable Ishwardin Shukla and Co-prisoner Vijay Shankar Pandey jointly responsible for this death. The Investigating Officer of case S.K. Surya (Sub Inspector) and Constable Dev Baksh Singh were also found responsible or tampering with the documents.

A large of number of these deaths are a result of torture, denial of medical facilities and sub-human conditions in Indian jails.

ACHR stated that custodial rape remains one of the worst forms of torture perpetrated on women by law enforcement personnel and a number of custodial rape of women takes place at regular intervals. The NHRC recorded 39 cases of rape from judicial and police custody from 2006 to 28 February 2010.

Citing the case of Maloti Kalandi, wife of Badal Kalandi who along with children were rescued from being trafficked, were handed over to the Tamulpur police station, Baksa district of Assam for safe custody. Instead of providing safety, Sub-Inspector Sahidur Rahman summoned the victim to his official quarter and raped her. The accused has since been suspended and is being tried before the Courts. The NHRC awarded interim compensation of Rs 100,000/- to the victim.

TORTURE BY THE ARMED OPPOSITION GROUPS: MAOISTS THE WORST VIOLATORS

Asian Centre for Human Rights stated that the Maoists remain the worst violators of human rights including torture and they have been responsible for brutal killing of their hostages after abduction. Often the hostages were killed by slitting their throats or beheading. The suspects were tried and handed over death sentences or subjected to torture through the socalled “Jan Adalats” (Peoples’ Courts) in full public view to instill fear among the people.

On the night of 25 March 2010, Maoists slit the throat of Chhotu Manjhi after kidnapping him from Gamahariatard village under Pirtard police station in Giridih district of Jharkhand. He was taken to a forest where he was killed in the presence of villagers after Jan Adalat found him guilty of passing information to the police.

Asian Centre for Human Rights called upon the Government of India to enact the Prevention of Torture Bill, 2010 as drafted by the Parliamentary Select Committee without any dilution into a law. ACHR also recommended the NHRC to recommend prosecution of the guilty public officials in all the cases in which compensation is recommended.