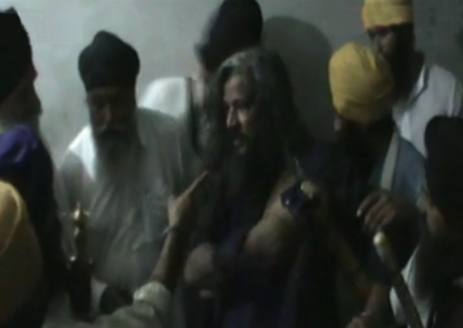 NANDACHAUR, PUNJAB (KP) - The head of a small Nihang dera in Nandachaur, Nihang Teja Singh was arrested and charged by the local authorities for operating a prostitution ring from this place of worship.

The dera, located on the Bulhowal-Bhogpur Road had been under surveillance by local sevadars for nearly a month. On Monday, the sevadars decided to notify the police authorities when they tracked the dancer and young men entering the dera permises.

The dera, known as, “Sri Anandgarh Shaheed Singhan” in Nandachaur, had been turned into a house of prostitution by the Nihang, who charged clients for the illicit services and use of rooms located within the dera. 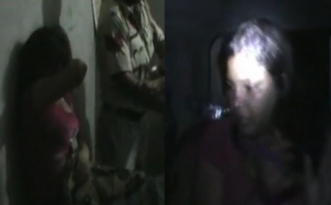 The professional dancer who was caught inside the dera 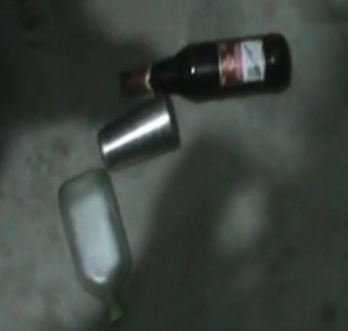 Bottles of Liquor discovered inside the dera complex
Satkar Committee sewadars also discovered that meat, alcohol, and other forbidden paraphernalia were being used in Sri Guru Granth Sahib Ji’s presence.

Interestingly, this raid was a joint effort by the local authorities and the Satkar Committee sewadars who obtained consent for the raid from Sri Akal Takht Sahib Jathedar. In the past, such cooperation was non-existent.

In the past, Satkar Committee sewadars were warned not to take unilateral action without consent from Sri Akal Takht Sahib.

In February of 2012, members of the Satkar Committee were roughed up by the Shiromani Gurdwara Parbandhak Committee (SGPC) task force and detained by the Amritsar Police after they initiated a unilateral raid on Gurdwara Ramsar printing facilities.