Sikh 'Genocide' Petition To Be Presented In Australian Parliament 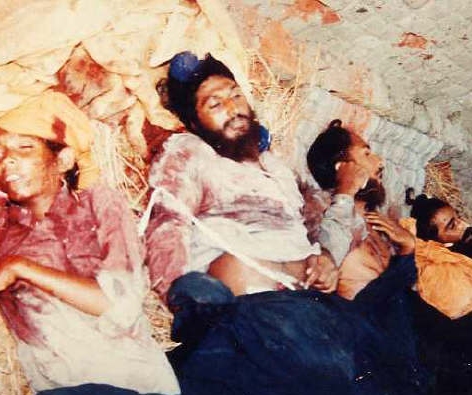 Victims of Sikh Genocide Perpetrated by the Indian Government

SYDNEY, AUSTRALIA - 28 Years after the organized and systematic killing of Sikhs in India, Honorable Warren Entsch, an Australian Federal Member of Parliament will present a "Genocide Petition" before Australian Parliament. The "Genocide" petition will be tabled before the "House of Representatives" during Adjournment Debate (4.30p - 5pm) on Thursday, November 1st, 2012.

The petition will call upon Australian Government to recognize that an organized campaign of horrific violence took place against the Sikh community in November 1984, and that these killings were "Genocide" as per the UN Convention on the Prevention and Punishment of the Crime of Genocide. Hon. Warren Enstch, who is a Federal Member for Leichhardt, is currently serving as the Chief Opponent Whip for the Liberal Party of Australia.

In a media release issued on October 29, Hon. Entsch said he decided to support the petition as, after learning about the events of the last century, he was "horrified" at the way Sikhs had been treated and at what is still going on today. "What drove me to act in particular was that the United Nations and world leaders - including the Australian Parliament in February this year - have recognised an act of genocide in Srebrenica, Bosnia, in 1995, when 7000 men and boys were massacred due to their Muslim faith," the North Queensland MP explained. "I thought to myself, if something of that nature could be recognised so quickly by the world community, it seems unreasonable that the Sikh community has had to wait for so long.

The Official Records of Government of India show that a total of 35,000 claims of deaths and serious injuries were filed by Sikhs who sustained attacks during November 1984. Out of which more than 20,000 claims were from attacks that took place outside Delhi and in the states of Bihar, Chhattisgarh, Haryana, Himachal Pradesh, Jammu & Kashmir; Jharkhand, Madhya Pradesh, Maharashtra, Orissa, Uttarakhand, Uttar Pradesh, Tamil Nadu and West Bengal.

For Cairns man Daljit Singh, who first raised the issue with Hon. Entsch and organised the petition, there are hopes that this event will promote recognition of a dark chapter in Sikh history. "Every person on this planet who believes in equality and peace for mankind should support this," Daljit Singh said. "Justice delayed is justice denied."

According to Harkirat Singh, General Secretary, Supreme Sikh Council of Australia, the "Genocide Petition" has been signed by thousands of community members across Australia and urges 'Australia is a signatory of UN Convention on the Prevention and Punishment of the Crime of Genocide and has acted in the support of victims of Human Rights violations across the world economically, morally and militarily.

The Sikh community in Australia has been a vibrant part of the Australian cultural mosaic since 1897 and has become an integral part in Australian culture as they continue to contribute significantly to the national economy. We call on the "House of Representatives" to recognize the organized killing of thousands of Sikhs in India in the month of November 1984 as "Genocide". Hundreds of Sikhs will travel to Canberra from across Australia and will be present in the Public gallery in the 'House of Representatives" during the tabling of the 'Genocide" petition by Hon. Warren Entsch".

According to Gurpatwant Singh Pannun, a human rights lawyer and legal advisor to "Sikhs For Justice" (SFJ), The ghastly events of November 1984 have left deep wounds on the Sikh community and it is the responsibility of the countries like Australia who stand against human rights violations to hold Government of India responsible for the organized killing of Sikhs". "The Genocide Petition before Australian Parliament will highlight the systematic killing of Sikhs that took place in India and how the successive Governments in India covered these horrific events as "Anti-Sikh Riots" and impunity to those Congress - the ruling political party leaders who lead death squads during November 1984 resulting in the killing of more than thirty thousand Sikhs".

The "Genocide" petition is being tabled by Hon. Warren Entsch with the support of Australian Sikh Organizations, Gurudwaras Committees and "Sikhs For Justice", an international Sikh human rights group. In June 2010 a similar Petition was tabled by the Members of Parliament in Canada urging Parliament of Canada to recognize organized killing of Sikhs in India during November 1984 as "Genocide".