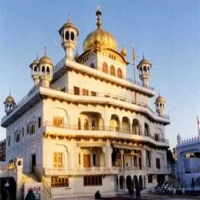 LONDON, UK - It has been reported that Swaran Ghotna, the police officer who tortured and murdered the former Jathedar of the Akal Takht Gurdev Singh Kaunke by tearing him in half has perished.

Given the heinous crimes ordered and committed by Swaran Ghotna on hundreds if not thousands of young Sikhs the Sikh Federation (UK) in a statement has said the current Jathedar of the Akal Takht should have issued a strongly worded statement and urged Sikhs to boycott his funeral in protest at his actions for which he was never brought to account.

The Sikh Federation (UK) statement also said the Jathedar of the Akal Takht and SGPC should also have raised the issue of the Indian army assault on the Darbar Sahib Complex in June 1984, the Genocide of Sikhs in November 1984 and the cases of Professor Davinderpal Singh Bhullar and Balwant Singh Rajoana with the British Prime Minister, David Cameron when he visited the Darbar Sahib Complex.

Gurjeet Singh the National Press Secretary of the Sikh Federation (UK) in a written statement said:

‘It had already been reported in leading Punjabi and English newspapers in Punjab leading up to the visit that these issues had been raised by Sikhs with the British Prime Minister. This was the first visit by a serving British Prime Minister so these opportunities rarely present themselves, but those advising the Jathedar of the Akal Takht and SGPC must live on another planet or demonstrate they are unable to take up issues with visiting foreign dignitaries where Indian Government criticism is absolutely necessary.’

Instead the SGPC press release and what has been reported in the media is that the only issue they requested the assistance of the British Prime Minister was in resolving the Dastaar issue in France. Anyone that understands the issue and British French relations will understand even if assistance was requested as soon this was publicly reported it undermined anything the UK Government could do behind the scenes to assist Sikhs in France.

‘The Jathedar of the Akal Takht must improve the advice he receives and be alert to issues that concern Sikhs and issue statements when expected by the Sikh masses around the globe.’