Outrage as Protests Follow Ban on Film on Sikh Struggle

CHANDIGARH, PUNJAB (KP) – The Badal family dominated Akali-BJP government’s decision to ban the ‘Sada Haq’ movie depicting the Sikh freedom struggle of the 1980s and 1990s was met with widespread anger and outrage across Punjab and internationally by the worldwide Sikh community and echoed through internet mediums such as Facebook and Twitter.

In a surprising last minute move, the ruling Akali Dal – BJP combine decided to ban the film on the eve of its screening on April 5th, 2013 even though the film has been cleared by the Indian censor boards on behest of anti-Sikh elements.

“The Badal Govt.'s drastic measure is against the principle of freedom of expression, liberty and norms of the civil society. It is outrageous, distressing and extremely condemnable,”

Protests quickly spread across many towns in Punjab as news of the ban reached the Sikh community. In various cities, hundreds of Sikh youths assembled and marched in support of the movie, and shouted slogans in favor of Bhai Jagtar Singh Hawara, Sant Jarnail Singh Bhinderanwale, and other heroes of the Sikh freedom movement. Slogans against Parkash Badal and his son Sukhbir Badal were also raised as protestors blamed them for working against the Sikh community's interests.

Sardar Simranjit Singh Mann, president of Shiromani Akali Dal Amritsar, stated that the ban was proof that Sikhs were still slaves in India. Sardar Manjit Singh Calcutta, former MLA, and secretary of the Shiromani Gurdwara Parbandhak Committee, stated that it was utterly disgraceful for the Punjab Govt. to ban the movie ‘Sadda Haq’.

“It is ironical and most distressing that the Punjab Govt. lead by S. Prakash Singh Badal has imposed such draconian measure against public screening of the movie, which depicts & narrates the period of violence in Punjab which was directly the result of Akali Morcha, military attack on Golden Temple and State terrorism, inhuman torture and fake encounters.”

Scenes of protests throughout Punjab and messages posted online condemning the Government's actions : 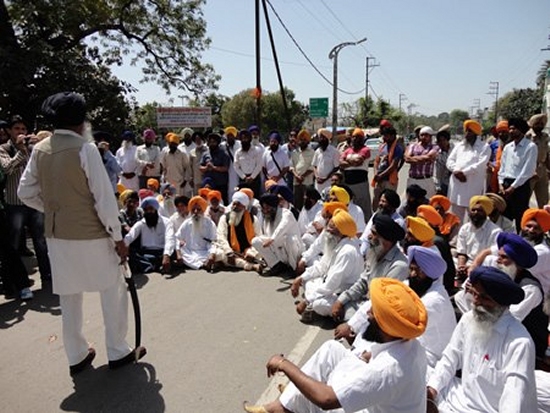 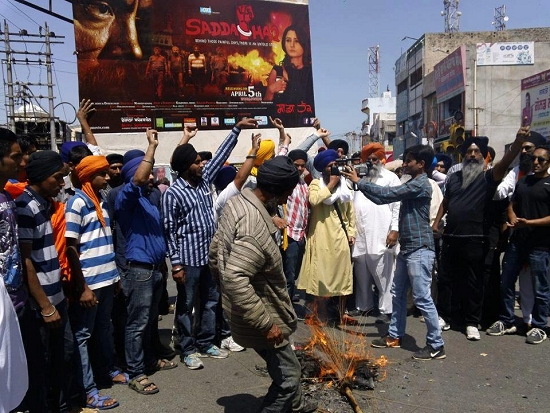 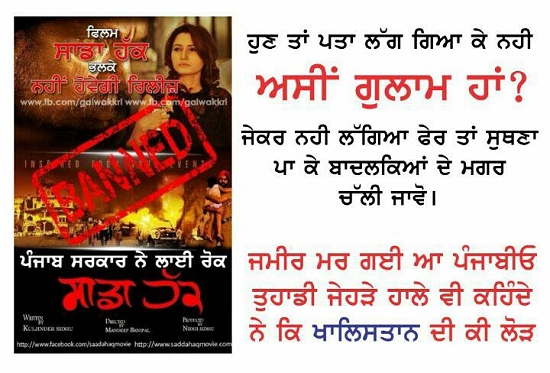 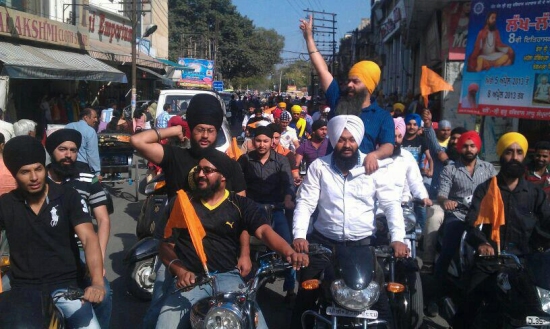 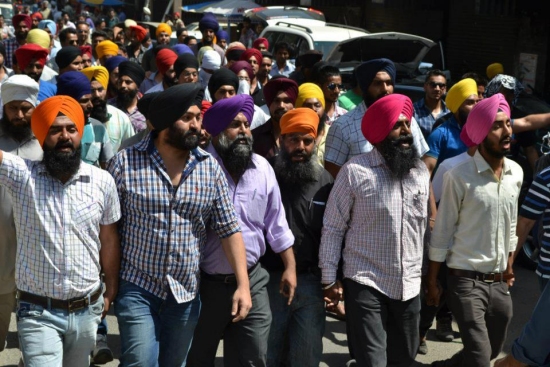 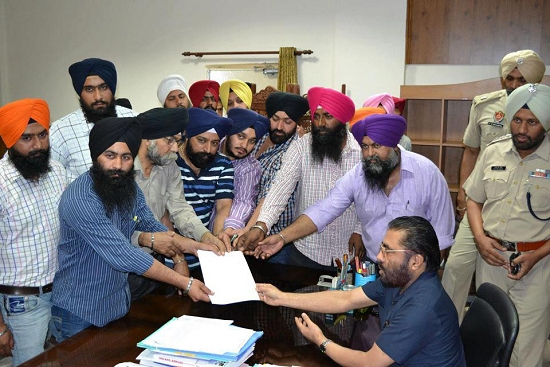 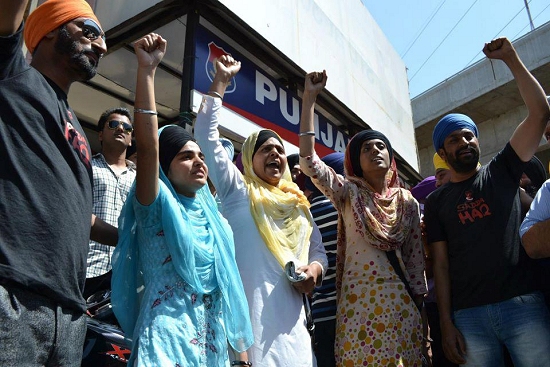 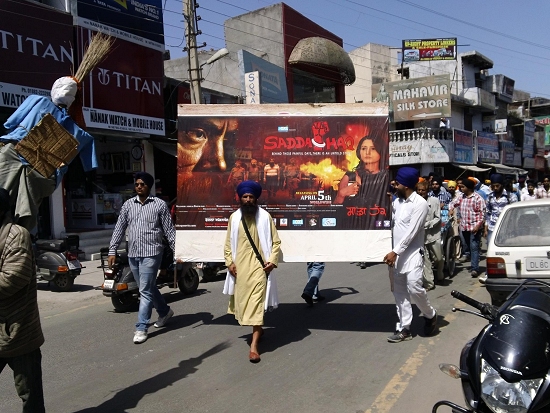 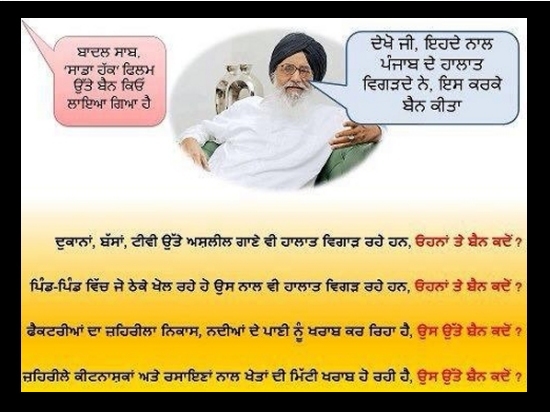