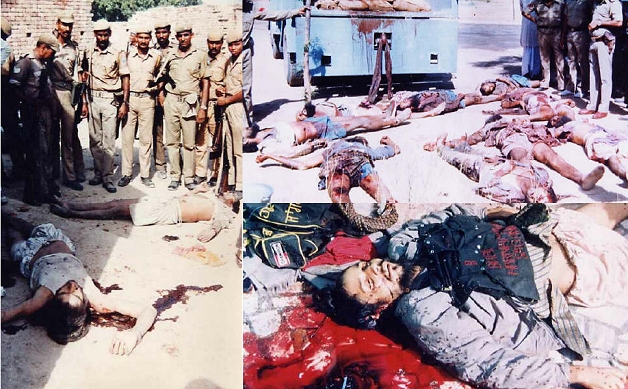 OTTAWA, CANADA - The World Sikh Organization of Canada has called upon the Punjab Government to initiate a formal inquiry into custodial deaths that took place in Punjab during the 80s and 90s.

Last week, Punjab Police sub inspector Surjit Singh disclosed to the media that he had personally killed scores of Sikh youth in fake encounters after joining the force in 1989. Surjit Singh claims that he and other police engaged in extrajudicial killings on the orders of superior officers.

Details of Surjit Singh’s allegations have been made available to the WSO and can be read here.

Human rights bodies including Amnesty International and Human Rights Watch have long held that the Punjab Police and security forces in India have engaged in torture, extrajudicial executions and ‘disappearances’ of suspects.

Fearing a threat to his life from his senior officers, Surjit Singh had filed a petition in the Punjab & Haryana High Court for protection. The petition was dismissed by the court today.
Surjit Singh claims that he was summoned by senior officers of the Punjab Police who threatened him with a fate similar to Jaswant Singh Khalra. Khalra was kidnapped and murdered by Punjab Police officers in 1995 after revealing his investigations into the illegal murder and cremation of thousands of youth by security forces in Punjab.

Surjit Singh who has now been suspended from his position, has told the media that he has been receiving harassing phone calls and his home in Amritsar has been surrounded by the Punjab Police.

WSO President Prem Singh has written to Punjab Chief Minister Parkash Singh Badal calling on the Punjab Government to initiate an inquiry into custodial deaths in Punjab. Mr. Vinning wrote,
“Thousands of Punjabi youth were abducted and killed by the Punjab Police and those responsible have not only escaped prosecution but now occupy senior positions in the force. Although Punjab has made significant progress since the end of militancy in the mid-90s, it is absolutely essential that guilty officers who engaged in human rights abuses and murders be brought to justice.

Respect for the rule of law is the cornerstone of any free democracy. In order for Punjab and India to move forward as a democracy, it is absolutely essential that a full inquiry be conducted into the false encounters that took place during the 80s and 90s which took the lives of thousands of youth. Inquiries into police abuses and killings are certainly not unheard of and have taken place in many instances across India, but given the widespread use of encounter killings that occurred in Punjab, a broader inquiry is needed to help bring about a sense of closure and justice.

Given that the Shiromani Akali Dal is a party founded upon the principles of the Sikh faith, including truth, justice and equality, we are hopeful that your government will do the right thing and immediately initiate steps to conduct a public inquiry into encounter killings that took place in Punjab.

The families of the victims have already had to wait much too long for the truth to come to light and for justice to be delivered for their murdered children.”

The World Sikh Organization of Canada (WSO) is a non-profit international organization with a mandate to promote and protect the interests of the Sikh Diaspora, as well as to promote and advocate for the protection of human rights for all individuals, irrespective of race, religion, gender, ethnicity, and social and economic status.