Mockery of Justice Continues : One Sikh Released on Bail, but Three Others Imprisoned 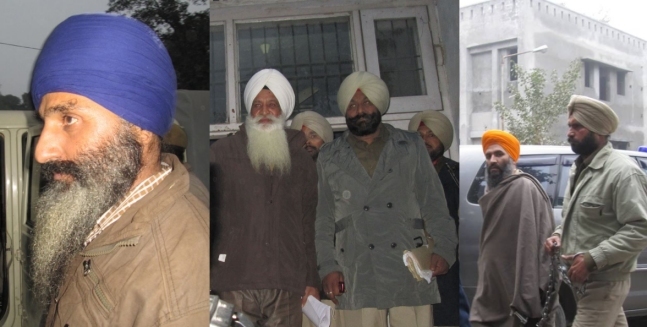 CHANDIGARH, PUNJAB (KP) – In another harsh blow to justice, while the Sikh nation was agitating for the unconditional release of Sikhs who were being illegally incarcerated, Indian authorities sentenced three other Sikhs with ten year sentences under the 1967 “Unlawful Activities Act.” According to various press reports, these were the first ever convictions under this archaic act.

All three men have denied committing any subversive acts, and stated that these charges were fabricated by police officials.
Another Sikh, Bhai Kulwant Singh Varpal, who was also linked with the above three individuals was murdered in prison under mysterious circumstances after being barbarically tortured by police officials.

When I lived abroad, I used to hear and read that there was injustice against the Sikhs in Punjab, now I have witnessed it myself and endured it on my own body…
- Pal Singh (France)

The Punjab police alleged that all three of the Sikhs were associated with Babbar Khalsa International, yet failed to provide any concrete evidence of these allegations.

Human rights organizations have generally regarded the Punjab police as one of the most corrupt, ruthless and lawless police forces of Asia, and criticized the Indian Judiciary for allowing their concocted "evidence" and "charges" into the courts.

“Even lawyers, human rights activists and media people are being attacked and falsely implicated on the alleged grounds that 'most human rights bodies are funded by militant organizations abroad.”

“The Indian police have constructed and presented elaborate stories of thwarted militant crimes, recovered weapons, captured human bombs, and the discovery of an international network to revive militancy in Punjab. These stories have concealed the escalation in human rights abuses committed in the name of national security and indicate that police fabricated evidence to support criminal charges. Because of conflicting reports between the government and families of detainees regarding dates and circumstances of arrest and detention, these cases should be investigated immediately by an impartial body.”

Reacting to the sentence, Bhai Pal Singh stated “When I lived abroad, I used to hear and read that there was injustice against the Sikhs in Punjab, now I have witnessed it myself and endured it on my own body…”

In the meantime, Bhai Lal Singh, a Sikh prisoner who was still lodged in Punjab’s Nabha Jail despite serving his legal sentence, was temporarily released on bail by the Punjab Government. Bhai Lal Singh arrived at Gurdwara Amb Sahib, in Mohali, Punjab to meet Bhai Gurbaksh Singh who has been on an indefinite hunger strike protesting the illegal incarceration of various Sikhs in Indian prisons, including Bhai Lal Singh. 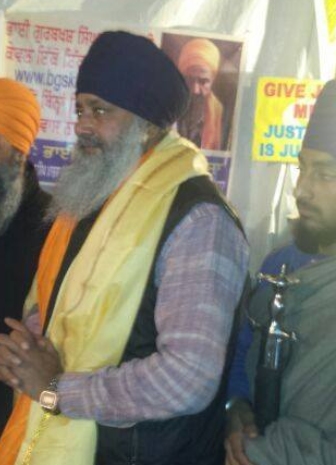