Manmohan Singh Immune As PM, Not As Finance Minister, From Claims Of Sikh killings: US Court 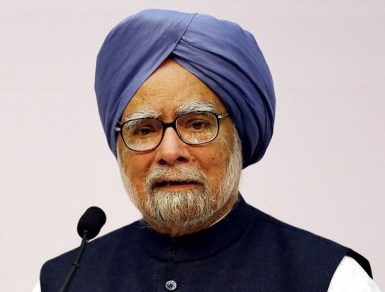 WASHINGTON, DC - US District Judge Honorable James Boasberg in the District of Columbia ruled that former Prime Minister Manmohan Singh is immune from claims that he supported the genocide of Sikhs during his tenure as head of the country but does not have "head of state immunity" for claims arising from his tenure as Finance Minister of India (1991-1996).

August 19 ruling of Judge Boseberge states that "Defendant Manmohan Singh was, until very recently, the Prime Minister of India. Plaintiffs Sikhs for Justice, a non-profit organization, and Inderjit Singh have brought this suit alleging that the former Prime Minister tortured and killed Indian Sikhs during his time at the helm of that country’s government and, before then, as Finance Minister. The United States, a non-party in this litigation, has filed a Suggestion of Immunity claiming that Singh, as the sitting Prime Minister, is entitled to head-of-state immunity.

Although at the time of that filing, Singh was indeed Prime Minister, he left office three weeks later. Plaintiffs, consequently, counter that Singh is no longer entitled to such immunity. They are only partly correct. Although he is nolonger a head of state, Singh is entitled to residual immunity for acts taken in his official capacity as Prime Minister. Because such residual immunity does not cover actions Singh pursued before taking office, however, the allegations stemming from his time as Finance Minister survive."

US based rights group, "Sikhs for Justice" (SFJ) and Inderjit Singh, claimed in the 2013 suit that as finance minister Manmohan Singh "funded several counter insurgency operations in state of Punjab during the 1990s resulting in more than hundred thousand Sikhs being killed extra- judicially by the security forces". During his tenure as Prime Minister, Manmohan Singh was accused of being complicit in the torture and killing of hundreds of thousands of members of Sikhs and for shielding the perpetrators of Sikhs Genocide.

Judge Boasberg ruled that that U.S. law bars former heads of state from being sued for actions they took while in office, but not for private acts or those taken in prior government posts. However, "while Singh’s alleged acts as Finance Minister are not 'private' per se, they did not occur in the course of his official duties as head of state," Boasberg wrote.

Terming the sustaining of charges against Manmohan Singh in US Court as a ray of hope for the plaintiffs Gurpatwant Singh Pannun, legal advisor to SFJ stated that this is a start of long and uphill battle of making former prime minister accountable for funding "counterinsurgency operations" across India in which hundreds of thousands of Sikhs were kidnapped, murdered and buried in mass graves during 1990s.

Citing the case of Jiang Zemin, the former president of China, in May, the U.S. Department of Justice urged Boasberg to dismiss the entire suit because it was filed when Singh was still a sitting head of state. However, the Judge Boasberg ruled that the cases were distinct because all of the claims against Zemin stemmed from his time as a head of state while the case against Manmohan Singh also includes claims from the time when he was not head of the state (1991-96).

The case against Manmohan Singh was filed by the victims during September 2013 Obama-Singh Summit visit under the Alien Tort Claims Act (ATCA) and Torture Victim Protection Act (TVPA).