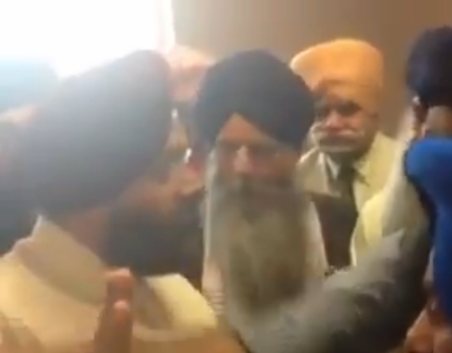 SURREY, BC (KP) – On the heels of the controversy regarding the beadbi of transporting over 400 sacred Saroops of Sri Guru Granth Sahib Ji via a commercial ship, Satnam Education Society, and it’s director Ripudaman Singh Malik raked up further criticism by inviting and hosting Manjit Singh GK, the leader of Delhi’s Shiromani Akali Dal (Badal) and Delhi Sikh Gurdwara Management Committee (DSGMC) as a “special guest” during the grand opening of Khalsa Secondary School in Surrey.

Manjit GK is the eldest son of (Jathedar) Santokh Singh of Delhi, who was a closely associated with the Indian National Congress and became a close aide of then Prime Minister Indira Gandhi during the late seventies and early eighties. 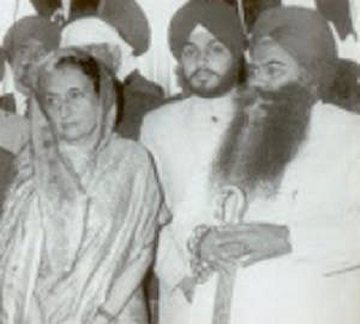 Following in his father's footsteps, Manjit GK, now associates with another anti-Panthic institution, Punjab’s ruling Badal Akali Dal and the Hindu right wing BJP which itself is linked to the notorious Rashtriya Swayamsevak Sangh (RSS).

“Jathedar Santokh Singh (your father) was a proud slave of Indira Gandhi, the Congress Party and a fanatical supporter of the occupation of Punjab by India. Today you have followed your father’s example, but in contrast you replaced one master for another.

Today you are a proud slave of Parkash Badal, BJP/Akalis and (like your father) a fanatical supporter of the continued occupation of Punjab by India. But, unlike in the 80s, today the Sikh Nation can quickly identify your slave mentality and bags of lies…” 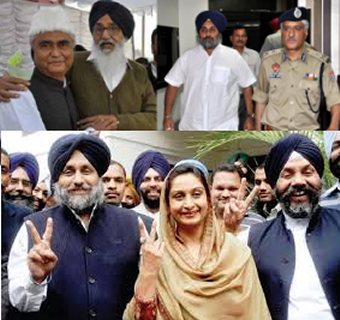 Interestingly, for many decades, no high ranking member of Parkash Badal’s Party has ever been openly invited to any public Sikh function or Gurdwara in the greater Vancouver Surrey area - Manjit GK is perhaps the first, courtesy of the Maliks and the Satnam Education Society. 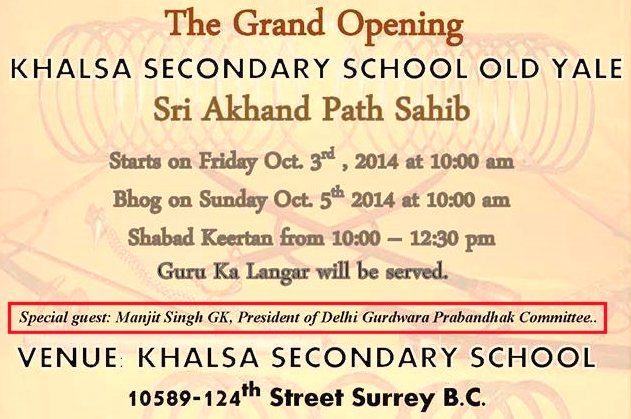 Like his previous visit to the UK, Manjit GK was not greeted with open arms by Sikhs activists and the BC sangat either, instead he was hounded and grilled with a barrage of sharp questions regarding his dubious relationship with the ruling Akali Dal (Badal) Party which has promoted and protected police officers such as Sumedh Saini, and Izhar Alam who actively participated in the genocide of Sikh youths during the 1980s’ and 1990’s.

Here are various videos of the unexpected ‘welcome’ given to Manjit GK by the Sikh sangat and activists:

Members of RS Malik’s family and relatives can be seen escorting Manjit GK while he is being hounded with a barrage of questions such as :

- Allegations that Sant Bhindranwale was a Congress Party agent (like his own father was.)

- Why is he proud to be called an India despite it's genocide against the Sikhs and why is he against the Khalistan Movement?

- Why does he associate with Akali Dal Badal, a party that is directly associated the BJP/RSS and has caused tremendous damage to the Sikh Panth?

- Why is he silent about Akali Dal Badal's unremmitting support and protection for genocidal killers of Sikh youths like Sumedh Saini and Izhar Alam?

Related : Manjit GK being questioned by Bhai Joga Singh from UK regarding his association with anti-Panthic groups: